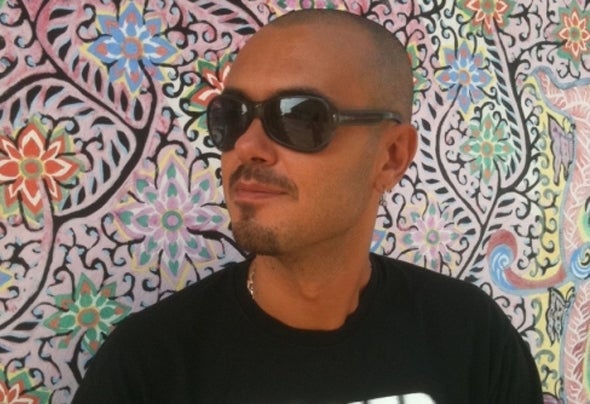 Born in Milan in 1974, Marco Ricci is currently living by the seaside working as a graphic designer for the famous comic Diabolik. His love for the music born at the age of 6, thanks also to his father who has grown him to rock and blues, and who also taught him how to play guitar. In the main time he has been influenced from different music styles: Electronic, Trip Hop, Dub, Reggae and Hip Hop. From here he fellow in love with the turntables and he started to approach Funky and House Music. He started to play at different private parties in the Underground scene of Milan of that years up to when he became resident dj at the Space in Milan (Parco delle Rose). During the '90 he was also djeing for different parties at the Holliwood, Le Cinema', Rolling Stones and private parties. In 2011 he decided that was the time to start producing his own Music and he published different EP. Marco is currently working for various music labels such as:- Aenaria Recordings (Italy)- Partina Sun (Germany)- Ambiosphere Recordings (UK) - Celestial Recordings (UK)- Stab Recordings (Germany)- Subspiele Records (Germany) - Hero in my Hood (Germany)- iFrominal Recordings (Tun)- Ampispazi Recordings (Italy)- Forza (Russia)In its music it can be felt all the music influences that have grown him creating therefore one style full of groove and deep melodies.