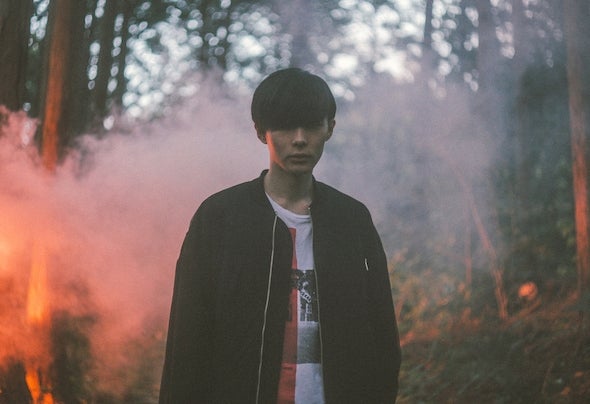 DJ/Producer born in Osaka on a new year’s day of 1995.  Even before he was born, he already had a prenatal influence such as Joey Beltram and Dave Angel and was exposed to various electronic music who is literally from a second generation. He had so much influence other than techno, and with a motto "Techno is not a genre but an attitude to face it." in his heart, his music selection goes beyond genre and is focused on story-telling. 2013 was a break-through year for him. He was booked for main stage of Big Beach Festival and not only that, he was constantly invited to monster techno party Clash held at ageHa. In 2014, 3-hour-long SEKITOVA ONLY program was streamed on DOMMUNE by Naohiro Ukawa in collaboration with his first ever self organized party which was on a good note. He also made appearances at wide range of parties from first edition of Ultra Japan by Ultra Music Festival to Wired Clash which is a collaboration party of Wire and Clash as well as main floor of Womb in Shibuya for its 15th anniversary showing his steady progress in his career in the scene.  On December 5th, 2012 his first album "premature moon and the shooting star" was released from his own label and since then it was highly acclaimed by many top artists such as Yoshinori Sunahara, Dj Sodeyama, Hideo Kobayashi to name a few. It was ranked in Top10 on iTunes electronic chart and 6th in Music Magazine's 2013 best under techno/house/breakbeats section. Making the most of his position on the scene, he has remixed many tracks beyond different fields such as track by Maya Jane Coles and game "Persona" series music by Atlas and many more. His work "Formal Strip" released from Sugiurumn's label BassWorks Recordings was ranked 2nd in Wasabeat's techno chart, remix of Fake Eyes Production's single "Bad Girl" co-worked with Taar was ranked 9th on iTunes electoronic song chart. And their EP that includes the track was ranked as no.1 in album chart.  Some exciting projects are waiting to be shared - original track featuring Chisato Moritaka and his track "Formal Strip" being remixed by Rush Hour's Dr. San Proper.  Ele-King's editor Tsutomu Noda described him as "A bright star of Japanese club culture's future" and he has, no doubt, already become one of the essential key persons in the scene.  http://twitter.com/SEKITOVA http://soundcloud.com/sekitova