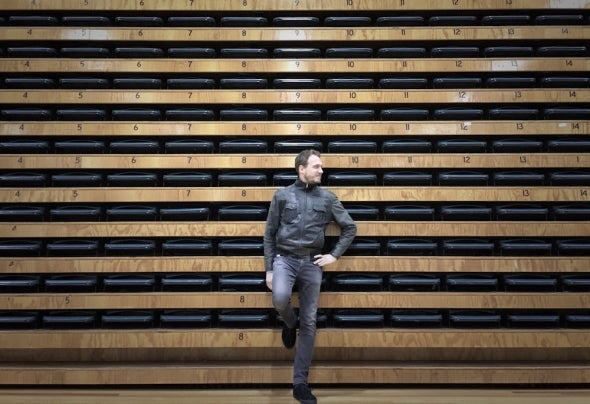 “Imagine Rick James dating Chaka Khan, dancing to Daft Punk and Technotronic, makingsweet love to a Stevie Wonder ballad, when suddenly a group of German robots and aYellow Magic Orchestra come rushing into the hotel suite and... they all decide to go toFrance instead.”That’s how Lorenz Rhode describes his sound and it’s pretty spot on. After a fierce funkEP on Compost Records he produced a slew of brilliant cuts for Exploited Records,including „Motor Cortex“ (single of the month in Mixmag), „Something Hot“, which got lovefrom Top-DJs as A-Trak, Sinden, DJ Mehdi, Aeroplane, Hudson Mohawke, Breakbot, and„Superficial Robots“ which came with a remix courtesy of Jimmy Edgar. Together with soulgenius Jamie Lidell he released „Any Kind Of Pressure“ on Kitsuné Maison, pairingJamie‘s magnificient voice with manic Hi-NRG rhythms and old school synths. New tunesare coming up on Berlin’s superb Dirt Crew this autumn.His music is equally at home at erm, home, or on the dancefloor, and has both a littlesomething for the head and something for the feet and hips. The man got funk! Lorenz Rhode has contributed remixes for Jamie Lidell (Warp), Yelle (Kitsuné), Moullinex(Gomma), Strip Steve (Boysnoize), Jan Delay (Universal), Cassian (Bang Gang), BenMono (Compost), Malente & Dex (Exploited)...2013 saw him touring with Warp’s Jamie Lidell, together they played Sonar Barcelona andcountless festivals all around the globe. And recently he joined Dutch house mastersDetroit Swindle for their new live show, which they brought to the USA in 2016 and 2017and to Pukkelpop, among many other festivals.