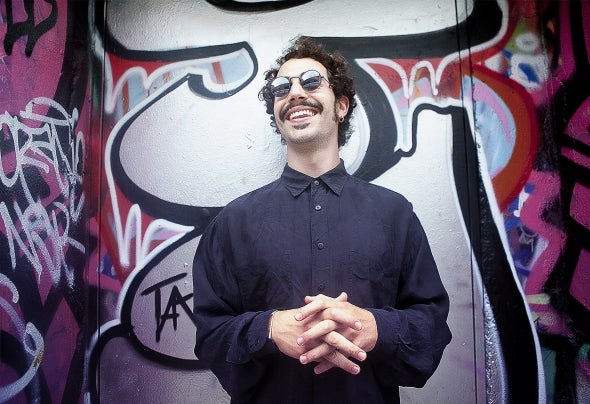 Dabeull, side project of David Said, half- Donovans,well-known for remixing S.Tellier, The Shoes, Crookers, Skunk Anansie, Acid Jack or The Count & Sinden to name a few, just landed on the technosphere!After touring the four corners of the world with artists such as Vitalic, Fake Blood, Carl Cox, Justice or Metronomy, the young genius returns to the studio for a solo project resolutely techno. Dabeull release his first EP "SKYY HIGH" in September on the famous Fake Blood's label, "Blood Music".This self-taught, as beat-maker for hip-hop, fan of funk, new jack, R & B, 2step, house, working closely with Universal to co-produce the albums of Starliners and Mutine. Complete artist, from the art of MAO to sound engineering through mastering, it is not by chance that Fake Blood releases his first EP.Artist to discover and follow.