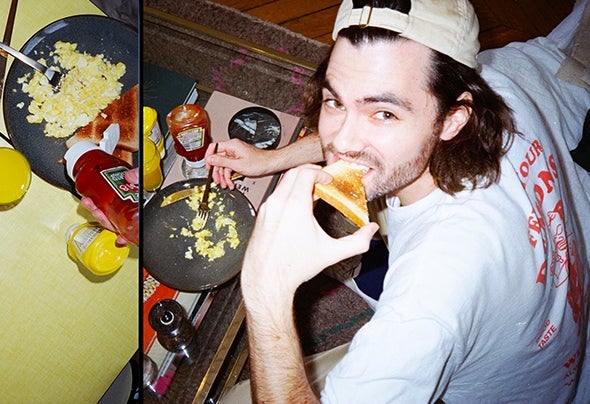 Having released his acclaimed debut album ‘Well Mannered Frivolity’ in 2018, described by DJ Magazine as ‘slickly produced’ and ‘irresistible’, Jean Tonique returned in 2019 older and wiser with ‘sunny side up’, focusing on raw, organic song-writing while still maintaining his anity for French touch, house, 70s funk and hip-hop. Jean Tonique’s previous two EP’s released on Yuksek’s Partyne label, set the benchmark for his imitable club sounds and remixes for Lana Del Rey, Outkast, The Kooks and more propelled him to the world stage. Early 2020, he returned to Partyne and to the club vibes with ‘scrambled eggs’, a 3 tracks EP created using samples from the ‘sunny side up’ album. 2020 looks set to take Jean even further into the stratosphere.