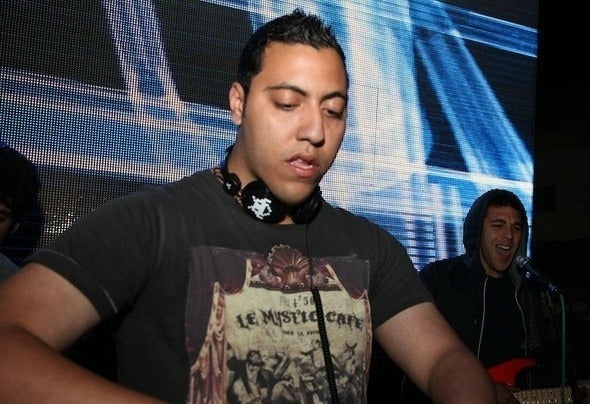 This year the music of Karim Mika can be heard crushing the turntables of David Guetta, Calvin Harris, Tiesto, Afrojack,Robbie Rivera and Hardwell at festivals around the globe.T hese EDM icons have made Karim's earth-shaking bass and soaring melodies an essential part of their DJ Sets- And the audiences have gone crazy. Fans raved to Karim's tracksat such international festivals as Tomorrowland, Ultra MusicFestival, Electric Daisy Carnival, Coachella.Karim started producing his unique blend of Electro House in 2008 and never looked back - He hasn't had time for that.Labels such as Spinnin', Revealed, Dim Mak, Juicy have discovered Karim's talent and give his music top priority.Afrojack has just signed Karim Mika to Wall Recordings. Afrojack admires Karim's music to the point where he has personally stepped into the studio to lend his own magic to Karim's new single, "Crunk.""Crunk" is a collaboration with the hugely talented producer,Dave Forster and includes edits by Afrojack himself. T his Electro House Gem takes dance music fans on a musical journey. It displays a combination of talents and musical dynamics rarely heard in electronic music today."Crunk" will be released on Beatport, February 9th and to alldigital stores on February 23.Karim Mika is preparing for Summer with a huge tour in the works for Europe, plus shows in North America and Brazil in2015. When he's not on the road, Karim's in the studio recording his next masterpiece. Karim's upcoming anthem features electrifying vocals from songstress, Alicia Madison.Expect to hear Karim Mika's music moving from the Festivalsto FM Radio and directly to your Headphones in 2015.