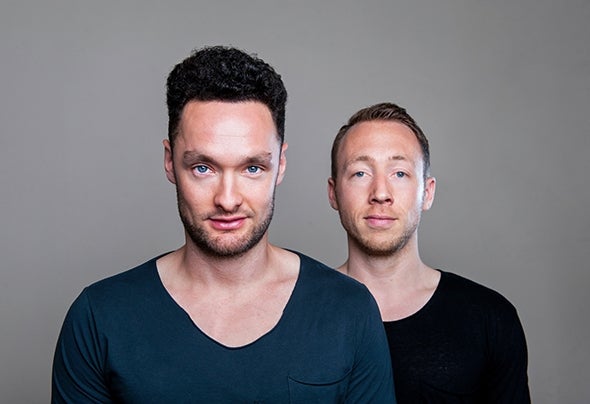 Keen on enriching the music industry with their particular touch of combining different musical genres and productions, Roul and Doors (RnD Musik) have become known over the past couple of years for their unique combination of melody, rhythm and energy. So far, 2013 displays the success and rapid growth of their sound with the release of ‘Melody In Harmony’ on Flamingo Recordings followed and a performance alongside Fedde Le Grand at one of the best and most notorious clubs in the world; Ministry Of Sound in London. After this, exciting things started to pile up, another release on Flamingo Recordings called ‘Sir Ali’ and, not the least bit unimportant: Sensation (Taiwan) on September 28th!Both guys started out as DJs for their study association and they have been hooked ever since. Even with a master’s degree in the respective fields of Biomedical Science and International Business, they couldn’t resist the temptation to pursue their dream of a successful career in the music industry. So instead of going for the logical choice, a career in their respective fields of study, they released their first production: ‘Revelation’ on DJ Roogs’ Hardsoul Pressings label in 2008, getting it tot #1 on Traxsource. A wise choice it has been, since their career took off and so far has taken them to many countries in Europe (UK, Italy, Albania), but also to Asia (China, Thailand) and Africa (Morocco, Egypt).In 2011 this warm melodic yet energetic sound was adapted by Defected Records, fast tracking their career as house DJs and producers. It was a fantastic year with releases such as ‘Gita’, ‘Forget’, ‘Trinidad’, ‘Assiduity’ and the remix for Copyright’s ‘Kama Yeah’.2012 followed and releases kept coming: ‘Guinea/Cameroon’ EP (Copyright Recordings), ‘Saudi/Arabica’ EP (Defected Records), ‘Blackout’ (Flamingo Recordings) and ‘Elements’ (Revealed Recordings). The last two, collaborations with Franky Rizardo, have been one of their most successful releases to date. Blackout by now has about half a million views on Youtube and Elements, released on DJ Hardwell’s label, achieved a #5 ranking in the Beatport House top 100 within a week. Their productions don’t go unnoticed, since there has been growing support by the likes of Tiesto, Fedde Le Grand, Sidney Samson, Felix da Housecat, Bob Sinclar, Hardwell, Shermanology, Sunnery James & Ryan Marciano and DJ Roog to name a few.There is a lot more to be expected in the second half of 2013, so please follow Roul and Doors on their social media for the latest news and release updates!The best is yet to come!