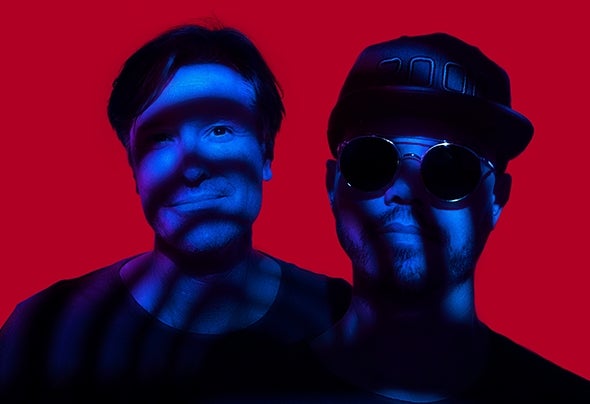 Housequake is the joint collaboration of Roog (Rogier van Bueren) and Erick E (Erick Eerdhuizen). Legend has it that set times confusion led to an impromptu back to back set many moons ago. That set shook the whole venue, the response was overwhelming, and Housequake was born! As a quick background, both Roog & Erick E commenced their careers in the mid-nineties, with Roog pioneering multi-deck performances and producing soul-driven house music as Hardsoul, whilst Erick made his name with a residency at Amsterdam’s legendary RoXY club and released on seminal labels such as Work Records. After almost three decades on the turntables, these hardworking and dedicated individuals remain as much in demand as ever. Housequake is Holland´s top two house DJs, united in bringing quality electronic music with an eyecatching show to match. Merging Roog & Erick’s cutting-edge musical talents always creates something truly unique. Heads bobbing in unison, acapellas flung over the rhythms, loops and fx, live mashups. Housequake has also released four mix compilations, and produced a number of singles such as the chart-topping vocal sensation Shed My Skin and Maximize. Housequake’s popularity continues to soar in 2019: Housequake Festival was a sold out success last summer in Amsterdam, with the next edition scheduled for May 2020. In addition, Roog & Erick´s inaugural Housequake Club Tour throughout Holland kicks off in November, running until February 2020. Housequake continues to consistently shake floors towards 2020 and beyond! Social Media: ∙ facebook.com/housequakemusic ∙ soundcloud.com/housequakemusic ∙ instagram.com/housequakemusic ∙ twitter.com/housequakemusic