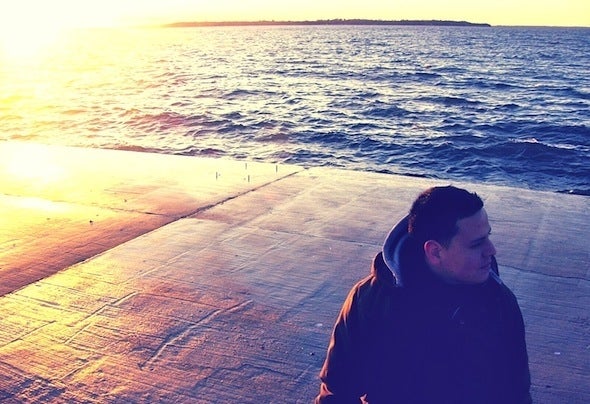 Like most young people with a passion for a creative activity, also Martin Vice was strongly advised better to learn something “serious”: Getting a proper education would pay off much better than barricading himself in front of the computer for hours after hours and developing some worrying nerdy behaviour with symptoms like an inverted day-night rhythm and frequent complaints about strange noises from the neighbours. But against all these advices, Martin stood true to his vast passion for electronic sounds and continued pursuing his dream of becoming a professional musician. Today it turned out that his critics had been right- but only partially! Indeed his life as a musician has not always been easy and against certain clichés he is neither surrounded by money nor by groupies or presents from all branches of the music industry. But his work added some important aspects to the contemporary Progressive scene, expanded its sound spectrum and caused lots of delightful moments for many people all around the world in this way. And last but not least he reached his very personal goal: Living his dream and being a professional musician. While Martin’s home Scandinavia is everyt hing but poor in t alent ed electronic music producers, the creative exchange with his colleague Phaxe always used to be specially fertile. And so did the relationship to Leslie and Thomas, two equally heavy sound junkies, who are inseparably connected with a very important milestone in his musical development: The project Time In Motion. He actually met the two of them already at the beginning of the new century. But it was 2008 when t hey decided t o join t heir creat ive forces and started producing together. And as turned out quickly, their synergy was remarkable mighty: Within only one year from its first release, the trio gained massive feedback from the global Progressive scene and was invited to play at some of the biggest parties and festivals around the world. A very intense and blasting experience Martin is still very, very grateful for. But his never ending urge for development, for new ideas and innovation made him brake new grounds again shortly thereafter. This very characteristic, this consequent hunt for his dream that had been criticized so often at the beginning of his musical career, should become the inspiration for the name of his new project: Vice. Vice stands for strong, powerful sounds that sometimes might even remember Full On but act ually t hey are much t oo melodic and atmospheric and though very pumping still too laid-back to be put into this drawer. Influenced both by oldschool Psy Trance and the very up-to-date and techy Nu School sounds, it is huge stereo panoramas and large reverb rooms that characterize the musical landscape of this project.