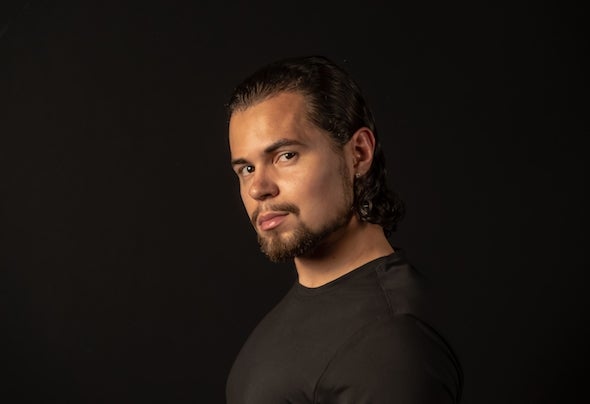 Italian-Haitian artist Gianni Blu is a 25-year-old DJ/producer and songwriter based in Chicago. Gianni is known for fusing elements from multiple genres resulting in a culturally transcending sound that is rooted in his European and Caribbean background.Gianni's DJ sets are known for mixing house and hip-hop/trap elements into a dynamic, high energy performance. Gianni has been touring domestically & internationally since 2015. He has performed alongside Robin Schultz, Borgeous, Oliver Heldens, Serani, and Thomas Gold among many other top electronic acts. His releases have been supported by numerous o cial playlists on Spotify and Apple Music. Additionally, Gianni has received notable support from major press outlets such as MixMag, Dancing Astronaut, EDM.com, iHeartRadio, Complex and YourEDM. Gianni Blu has been charting on Global Viral 50 and USA Viral 50 playlists. Trending social media in uencers from all around the world such as Jen Selter, Desi Perkins, Elena Cruz and Gabby David have incorporated Gianni’s music on their platforms.