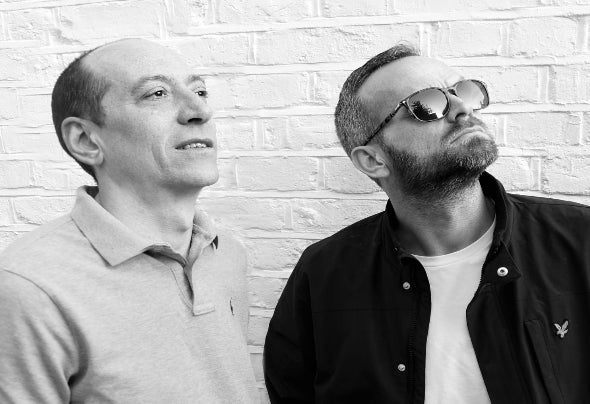 Paul and Sam’s musical journey began as two humble clubbers who fell in love with House music after their first trip to Ibiza in 1995. The atmosphere, production and music at events such as Manumission and Cream inspired them to become DJ’s from that love. Over the years they have supported Artists such as Paul Oakenfold, Carl Cox, Sasha, Dave Pearce and Mark Knight who were hugely inspirational to them. In 2005 they began their career under the alias ‘The Residents’, progressing into a deeper House sound under ‘Digital Alliance’ and finally settling as ‘Secret Agenda’. They played on various radio stations: Shine, Select, Vision and their current home Centreforce DAB where they rub shoulders with DJ’s such as Jeremy Healy, Slippmatt, Alex P, Rat Pack, with their shows gaining a loyal and growing fan base. Paul and Sam have played at some prestigious events over the years holding a bimonthly residency for The Gallery in the 103 bar at Ministry of Sound, as well as regular gigs at Pacha London, 02 Academy Brixton, Fire & Lightbox and Matter to name but a few. They played at Centerforce’s debut festival, Party in the Park , Tadley Tea Party and We Are FSTVL. They began their own club night ‘Deliverance’ which had lots of success hosting parties in UK venues for example Egg Club, Cable, Ministry of Sound, Pacha London, Lightbox and two tours of Ibiza. Their dreams finally became a reality in 2011 when they played for Cream in the Terrace, Amnensia Ibiza. The following year they were fortunate enough to play at Subliminal Sessions, Pacha. The natural progression for them was to enter the world of music production and released their first track ‘Freedom’ which reached number two in the Traxsource Tech House Chart under ‘Digital Alliance’. They are currently working on multiple projects and have signed their first two releases as ‘Secret Agenda’ to ‘WhoreHouse Records’ and ‘Stash Records’ Catch them both live, every Saturday 3-6pm on www.centreforceradio.com