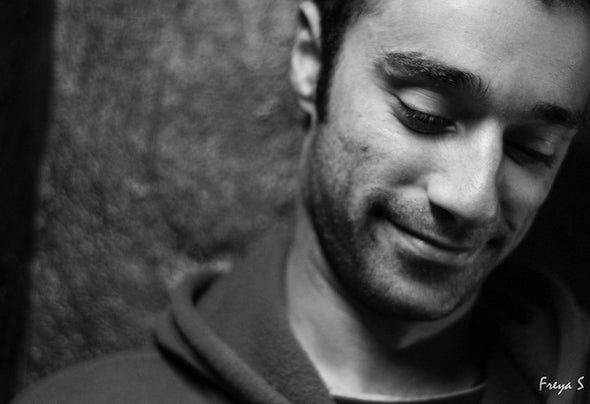 Iranian-born Imperfect Circle (aka Sanad Z adeh), has been involved in the electronic music scene for the last 15 years. As a producer of both progressive-psychedelic trance and psychedelic techno, he creates music that radiates energy; his tracks are saturated with driving bass-lines, deep harmonic build-ups and melodically enhanced glitch flourishes, depending on the style of the track. Sanad's tracks are engaging and uplifting- the kind of music that will get a dancefloor pumping vigorously with an abundance of unique, masterfully crafted rhythms and percussive sounds.Sanad's inspiration and passion for music developed early and he has been on a constant voyage ever since, developing and crafting his individual sound as an artist. His interest in physics also inspired him to develop an understanding of music in a scientific sense, discovering that the universal sound of music allowed him to breach the barriers of language and communicate with an audience through the musical medium of art.Originally from Tehran, Sanad discovered music at a young age; inspired by bands such as Pink Floyd, Deep Purple and Metallica, he began to develop his musical skills with heavy metal drumming. From there Sanad travelled the globe developing his musical repertoire, seeking knowledge through tuition in Turkey, India, Malaysia and Australia, where he studied various musical callings- Turkish percussion, Tabla, Indian music, psytrance, jazz and electronic music production.After his travels Sanad finally settled in Australia where he discovered and joined the Astral Lotus production crew in Adelaide, allowing his career as a DJ/Producer to take off with performances at many outdoor events.As a teacher, composer and performer of electronic music Sanad has developed two different production projects, Imperfect Circle and Photo 5.Sanad's diverse experience in music and dynamic sounds have enabled him to follow his dreams and cross the divide of language through his music. In 2012 Sanad toured Australia and has been continuously building momentum as a producer, gathering a following of dedicated fans. As Imperfect Circle, Sanad has performed at Tree Of Life (Australian Launch), Maitreya Festival, Psychedelica and Reconnect (South Australia). Imperfect Circle has also just been announced as one of the latest additions to the line-up for Rainbow Serpent 2014, one of Australia's largest annual outdoor festivals.