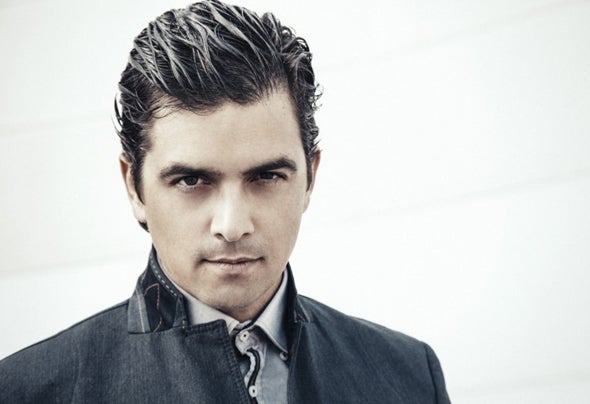 From sunrise to sunset, dusk until dawn; Andy Caldwellcarries you on a musical journey through life.An established veteran of dance music, Caldwell exudes a nostalgic glowup from the roots that ground him, while forever pushingforward into new creative territory.With a consistency that’s hard to match, the accomplished California electronic music impresario time and time again produces dance floorclassics that emanate undeniable, invigorating energy. His intoxicating DJ sets have won over fans everywhere from London and Berlin to Los Angeles and Las Vegas.Caldwell contin to blaze new trails with a distinct versatility and virtuosity.His most recent work brandishes a House music spark,while emphasizing his classical training and immersion inclub culture. Legends of the genre regularly spin Caldwell's tracks and remixes in their live sets and podcasts.And his forthcoming music will further solidify his position as aninnovator within the scene.The syncopated synths of buzz- worthy single "Superfunkidiculous" officially announced Caldwell’s arrival in 1994. T hen, embracing the chilled-out, high-class vibe of San Francisco breakbeat, Caldwell wentfrom that introductory track to forming the down-tempo chill trendsetter band Soulstice. Soulstice made major wavesacross the scene in the US and beyond seeing two albums released on San Francisco’s venerable Om Records.Branching o his own, Caldwell’s work with another San Francisco based label, Naked Music firmly established him as the go-toproducer of uncompromising Deep House quality. Hissingles “I Can’t Wait,” “All I Need” and “Give A Little,” are tothis day considered house music standards. In 2006 he released his first full length album Universal Truth, yieldinggems such as “Warrior” and “Don’t You Love Me.” Inbetween prolifically crafting his own music, Caldwell becamea much sought after writer and remixer. Simultaneously, he founded and oversaw Uno Recordings, continuallyproducing unique electronic music since 2005 with the label. Caldwell’s sophomore album “Obsession” released in 2009saw collaborations with Gram’ma Funk, Mr. V and others.Along the way, his productions garnered three Grammynominations. His work with Kaskade on the single “Sorry” snagged a nomination for Best Remixed Recording in 2008,as did his original track “Funk Nasty” featuring GrammaFunk whose Wolfgang Gartner Remix received a BestRemixed Recording nod in 2011. In 2013, his own remix for Delerium found Andy himself an official nominee in his ownright. The past year has seen Caldwell kick off a 24 date residency at Las Vegas mega club, Light Nightclub, several tours in Asia and North America and a very special sunriseset at the legendary Robot Heart at Burning Man. He also produces two monthly podcast series: "Play With Andy Caldwell" and "Heritage"Caldwell says, "I'm constantly trying to create timeless music. I want to make something that will sound as good today as twenty years from now. I payattention to trends, but I emphasize big hooks and a solid musical foundation. In the studio, I’m emulating my live sets. I want to take people on a journey with my songs and shows. By the time you get to the end, you’ve been on a ride"Andy's travels have seen him entrance crowds everywhere from Australia to the Berlin Love Parade to Electric DaisyCarnival. He describes the live experience best. "My show is pretty intimate. I play a lot of my own music and currenttunes that I'm feeling as well as some classics. It’s a diverse set. I try to pull from those experiences that I’ve had as a fanof dance music and incorporate those into the show"Ultimately, versatility and adaptability propel Caldwell at lighteningspeed alongside the genre’s luminaries.“You have to evolve,” he concludes. “Change is the only real constant in life so youhave to embrace that and ride the wave. You can't fight it. Asan artist, I want to be inspired every day. The only way to do that is to listen to new material. To me, it's about exploring. I want fans to hit ‘repeat.’ T hat's the goal. When I work on asong, I'm in love with it; I will play it over and over again. Iwould like people to share that experience."They’ll undoubtedly b dancing endlessly along to Andy Caldwell’s music for a longtime to come.