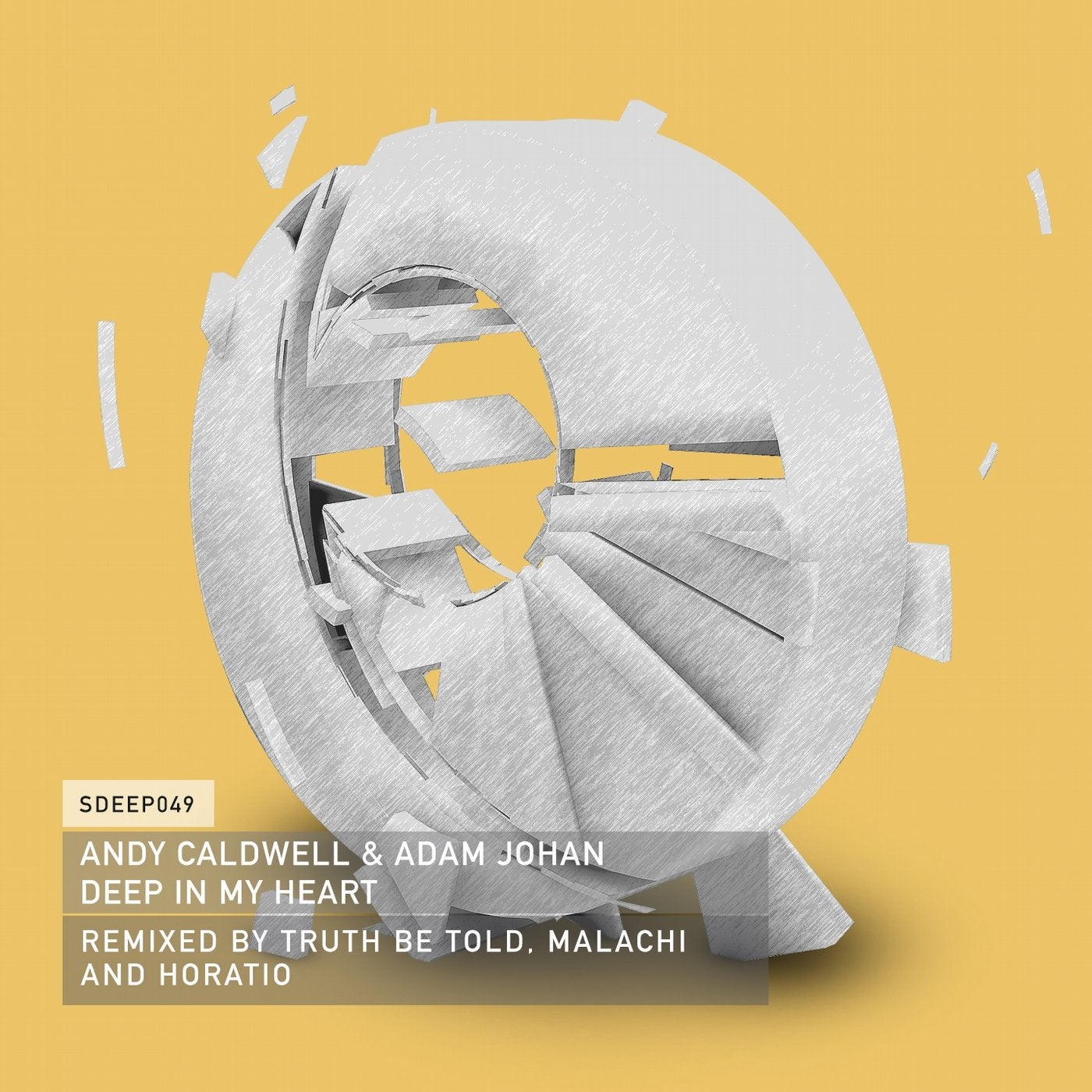 After many years of association and friendship with Andy Caldwell, Seamless Recordings are really happy to bring you his release produced with Adam Johan entitled, Deep In My Heart. This was signed over a year ago and was immediately licensed to Toolroom Records for its Ibiza Compilation. After waiting for its initial release to pass, Seamless have brought in some heavyweight new remixes and are giving it a proper full release.
Andy Caldwell is a name that has been synonymous with the underground sound of the halcyon days of deep house. He continues to push the boundaries at the forefront of today's dance music scene and he's Internationally renowned for purveying sonically sublime sound waves over the past two decades. He has several Grammy nominations to his name, and continues to be recognized in 2017 as one of the scene's most forward thinking producers.

For this release Andy has teamed up with Canadian born and LA based DJ producer, Adam Johan. HE is a member of the Night Vision collective and co-founded their music production school, the Night Vision Music Academy. He now spends his time balancing musical projects, DJ'ing and working as the head instructor of the IO Music Academy in Hollywood.

Their original mix is a slice of quality House music. with a gnarly bassline cutting through and driving the track forward, it stands out with its excellent piano breakdown with its infectious vocal hook. On the remix front we've brought in the talented Truth Be Told, Horatio and Malachi.
Truth Be Told, the Merseyside based UK duo, have been releasing dance floor rocking tracks on prestigious label such as Avotre, Resonance, Elrow and Roush amongst others. For their remix they have created a dancefloor smasher. It's an 8 mins hypnotic journey with and excellent powerful bass line providing the drive to the track. They combined some excellent synth adlibs with the piano in the breaks to really deliver a peaktime tech house that has had dancefloors hooked on this track all summer long.
Romania, and label friend Horatio has received amazing amounts of support from world renowned DJs such as Carl Cox, Roger Sanchez, Loco Dice, Davide Squillace, Mark Knight and Stacey Pullen to name just a few. He adapts the track taking it on his trademark deep stripped style. with punchy beats and a using arpeggiator to deliver a highly hypnotic deep journey which builds and drops the pianos in the break to really give this track an excellent underground feel.
Malachi, well known as one half of the audiowhores and Word Of Mouth, is another long time Seamless collaborator. He delivers a pure house version of the track with an analogue groove led bassline, growling low synths to dramtic effects and a punchy rimshot groove that really makes this remix stand out against all the other house tracks around.

Deep in My Heart