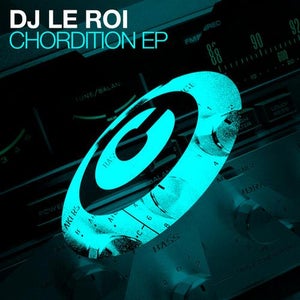 One of Switzerland's hottest exports, DJ Le Roi has been making people dance ever since the ripe age of eighteen when he was mixing in his hometown of Basel. Fast forward and he has earned international status having played at locations including Berlin, Miami, London, Amsterdam, Tirana, Utrecht, Stuttgart and Bordeaux. The man known as Cedric Eichenberger boasts a release schedule striving for quality over quantity and has seen releases through Noir Music, Get Physical, Compost Black and Ultra. Kicking off in 2007 his production career began with 'I Get Deep' which was backed by the likes of Luciano, DJ T. and DJ Hell and still continues to resonate between club walls to this day.
Released on Copyright Records, the 'Chordition EP' is no anomaly to Eichenberger's string of quality releases. 'Chordition' itself is loaded with punchy snare and ambient tension fuelling a progressive build up that peaks with a funky electric piano hook, whilst 'Overnight' delivers spectral synths and a thudding kick drum before executing a pumping bassline that utterly consumes the track. Both laden in rhythm and exemplary of someone experienced in getting a crowd stirring, this release adds to his increased production output this year which exhilaratingly builds in momentum as the Swiss producer makes his mark as one of 2013's most exciting trailblazers.