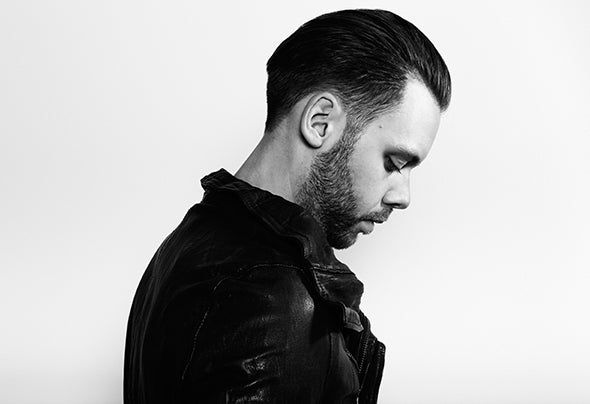 A college drop out turned standard setting beacon to 21st century club music, Jordy Dazz has conquered a long and winding road enroute to his global accession. Championed by Tiesto and Hardwell alike and enjoying a significant surge of enthusiasm throughout club land, his rigorous story of passion, persistence and organic nature have made him an unlikely success story to bless the modern Dance overhaul. Fuelled by an outright infatuation for music and his early aspirations as a drummer, it quickly became apparent that college could not cater for his overarching ambitions. Opting for an early career in one of Holland’s few independent vinyl record stores over the realms of orthodox education, Jordy would master his craft through day-to-day analysis of the progressions and trends in Electronic music – an asset which would see the hopeful artist shift and recommend vinyl records to current peers and then regular customers such as Sander Van Doorn, Fedde Le Grand and Marco V. But for a man who donned his first DJ set at the tender age of 15, Jordy’s approach to live dance music has proven just as testing as the road by which he entered. Now heralding more than a decade behind the decks, his journey from the shop floor to the global clubbing circuit has not been without its trials. A DJ for the greater part of life enlisted to cater to a versatile collection of styles over the years, his early years have served him considerably well. Reigning in sets at Privilege Ibiza and Holland’s Heineken Music Hall alongside Tiesto alongside some of the finest nightspots across Europe and Canada, Jordy has encompassed an old school dexterity for the new age masses that now call upon his skills behind the decks. That style, character and break neck energy has not gone wasted within his personal reign upon the club floor and digital market alike. Championed by Hardwell’s Revealed Recordings imprint and Bingo Player’s Hysteria label, such explosive releases as ‘OMG’, collaborative favorite ‘Fuego’ with DANNIC, Beatport top 10 ‘Claymore’ and ‘Drum Fail’ alongside Mightyfools continue to muster considerable belief across the globe in his unique yet coherent fusion of rhythmic Electro and peak time House music. Collecting those razor sharp production values and organic mixing skills further within his own Dope and Dirty podcast series, one has to wonder if there is any aspiration to audacious for an artist who continues to profit from his infatuation with Dance music. A self made maestro on all accounts with the considerable benefit of some heavyweight industry support along the way, the road ahead looks evermore open for Jordy Dazz and his vision for Peak time perfection outside of the universal comfort zone.