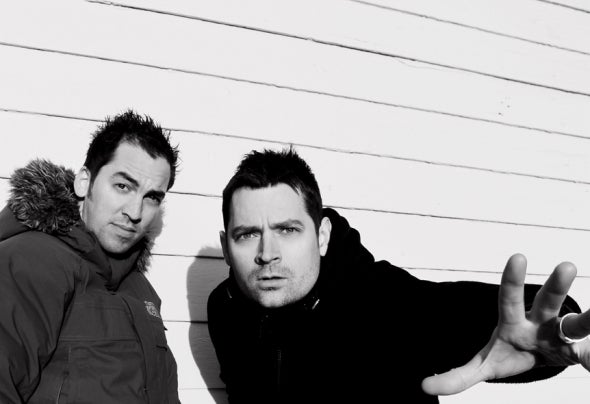 Poussez is the electronic bastard child of Artizan Music's Label heads, DJs and much loved producers - Jafar & Maxime Cescau. Renowned Artists in their own right, with mutual biographies stretching way back to the early 1990's, Poussez and their promising Artizan Music label, was formed in 2005. Since then, Jafar & Maxime's ever evolving blend of 21st Century Deep house, warm Techno and heady, late night electronics, have appeared on many reputable imprints including Huddtraxx, LoudEast, Blacksoul, Universal Vibes, Sensual, Pesto, 4bit, Berwick Street and of course Artizan Music. They've remixed Rithma, Erafaan Pearce, Pete Dafeet, Timo Garcia and Blacksoul, collaborated with Demarkus Lewis, Rich Medina and Matthew Bandy (Deep House Soldiers), been remixed by the esteemed Atjazz, Roberto Rodriquez, Nacho Marco and still find time to run their label, Uptownboogiedown parties ( including larger scale collaborations with club giants like Mulletover, Lovebox and Retox) and regularly tour their Dj / Live sets around the globe. Poussez's melodic sound has found favour right across the board. From prog behemoths like Lee Burridge, Steve Lawler and Sander Kleinenberg, who singled out 'Tell me How you do' (Universal Vibes) for his 'Pure Pacha' double CD, to Tech dons Josh Wink, Fabrice Leger, Colin Dale, Nic Fanciulli and naturally, more traditional deep house heavyweights like Jimpster, Manuel Tur and Charles Webster. The reaction has consistently been, a massive thumbs up from industry and clubbers alike. Laurent Garnier sums it up with his reaction to a recent E.P, 'Both tracks are absolutely beautiful, will hammer them everywhere and playlist on my radio show. Simply stunning.' In conclusion, it is worth noting in the digital age, that with such a high turnover in the industry and so many purporting to be the 'next big thing', 17 years in the business counts for a hell of lot; Jafar & Maxime Cescau are as serious about their DJing as they are about their production, they are DJs djs, thus you can expect the same level of quality and attention to detail from their sets, as you can their studio output. Poussez are serious pro's with only one thing in mind..the music. Seek them out at your nearest opportunity. Further info at their websites http://www.poussez.co.uk / www.artizanmusic.co.uk