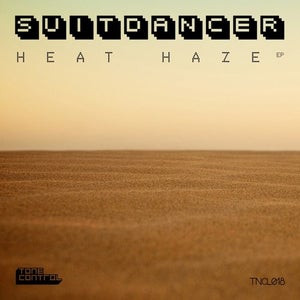 Suitdancer, according to creator Marcus Harris is an attempt to distil the vibe of the "electronic music, inherited soul records and cult VHS films I consumed as a kid".
This follow up to Suitdancer's debut, Wire World further explore's his spectrum of influences, including: Carl Craig, James Stinson, King Tubby, Giorgio Moroder, Conny Plank and Nile Rogers. Contemporaries of the Suitdancer sound include John Talabot, Luke Abbott, Gold Panda and Pye Audio Corner.
Ame called Suitdancer's first EP a contender for record of the year. It also received support from King Britt, Gerd, Ethyl, Red Rack'em, Sleazy Beats and loads more DJ's; as well as plays from Tom Ravenscroft, BBC 6 Music, Rinse and many others.
Marcus Harris, is one half of Tone Control, who have been progressively releasing their own brand of electronic soul for over 8 years, appealing to house music and leftfield DJ's alike. Following the release of their critically acclaimed "Illusion" single, lauded by Theo Parrish and Kerri Chandler, the duo went on to find wider appeal with their smash "Take Me Away" ft. Adeola Ranson, and subsequent singles "Without Your Love" ft. James B. Coleman and "Starting with Me" with Robert Owens.