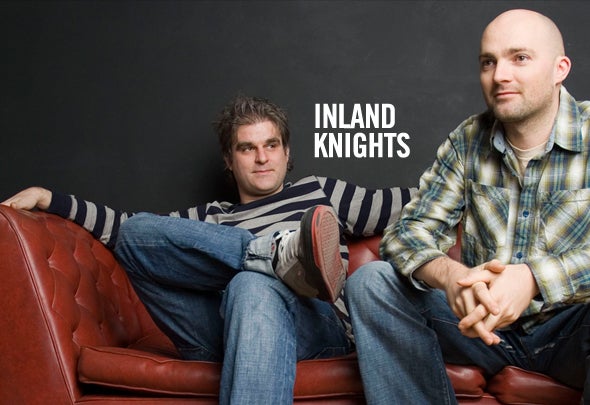 Laurence and Andy met in 1993 through their involvement Dj'ing with the legendary UK free party crew - Smokescreen sound system.. The crew of eight in total threw free, large-scale events at various locations across the English countryside. Utilizing rotating, secret venues, Smokescreen attempted to keep their renegade parties as underground as possible to avoid detection by local police - a feat they managed to accomplish on a regular basis. They also organized more legitimate events, such as nights in local clubs. By 1998, Ritchie moved to Nottingham with what little studio kit he'd had in Sheffield, joined the To ka Project studio and began to put together the drop label whilst producing closely with Riley, who was already involved with To ka Project, his collaboration with Steve Walker and Jason Cowley. Inland knights Volume 1 marked the launch of Drop Music in 1998; an independent outlet devoted to the production of quality house. The flourishing label has released material under various mediums, including EPs, singles, album and mix CDs. The Drop Music catalogue now has 56 releases to its credit, and is renowned in the dance music community for the quality and consistency of its work. Adopting various guises to showcase different aspects of their sound, including Party Criminals, In House Alterations, Grand Theft Audio and Big Audio Spidermite, Toka project, Larry fives, Inland Knights have been responsible for most of the Drop catalogue. As enthusiastic about DJ'ing as studio production Ritchie and Riley have maintained a relentless international touring agenda since their collaboration began. Under the Inland Knights moniker the pair have been fruitful, releasing tracks on labels such as Ralph Lawson's famed 20:20 Vision imprint, Panhandle Records, Vista, Siesta, Sunflower, NRK, Low Pressings, the classic 'hot soup' on so-sound, cheeky, doubledown and many more. "Creative Spaces," Inland Knights and Drop Music's highly anticipated first full-length album, was released in 2001 to widespread critical praise for its funky jams and deep, grooving melodies. For the CD version of the album, the pair opted to create a live mix rather than simply re-releasing the vinyl in another medium. Into 2008 , Inland knights are busy in the studio with remixes, ep’s and compilations, as well as regular dj slots at the weekends. To mark the 50th Dropmusic release, Inland Knights released a two part ep package to widespread acclaim, with 50 pt 1 becoming an instant rarity and much sought after, and part 2 Been a drop classic. Into 2008 and DROP MUSIC will be 10 years old so to celebrate this there will be a double cd compilation with all the artists off the label putting forward new tracks. Despite their success as producers, and over nine years of releases under their belts, they refuse to withdraw into the studio and will continue to DJ and tour extensively. Riley notes they are always looking to balance their performance and production schedules. "If you start to do too much of one," he says, "You start to miss the other."