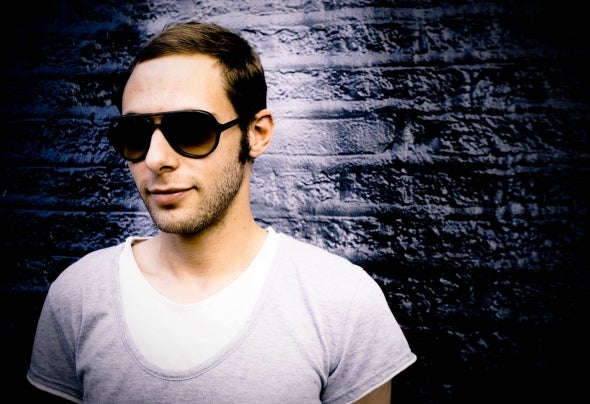 Max Jacobson has quickly risen to the forefront in the Chicago electronic music scene over the past couple years. As a DJ, Max has been featured at many of the top clubs in the city, and has also thrown memorable underground events featuring dj's such as Omar S, Delano Smith and Mathias Tanzmann. He has also played alongside Wolf+ Lamb, Davide Squillace Steve Bug, Paco Osuna, Troy Pierce and many more. The past couple years have seen Max begin to make a name for himself as a producer with releases on Klectik and Akbal Music. His debut EP for Klectik garnered support from top jocks such as Brothers Vibe, Kate Simko, Maceo Plex, and Agaric! Max has done remixes for DIlo, Gurtz, Kane Roth and Chris Fortier. Kate Simko recently quoted Max on his last release has the freshest new house producer and DJ in Chicago. His latest release on Klectik 5am Friends was also featured on Beatport's Must Hear Top 10 tracks for Deep House and House charts for week 18 releases. 2012 looks to be a busy year with a release for Chicago House Music Staple Fresh Meat Records, another EP for Klectik, New EP for Akbal Music, as well remixes and new collaboration projects. Hisrecent release on Akbal Music has earned support from top DJ's around the world including DJ Sneak, Loco Dice, Solomun and many more as well as being featured on Mobilee Boss Anja Schneider's Dance Under the Blue Moon radio show in Berlin! Max was also booked for this year's BPM Festival in Playa Del Carmen Mexico.