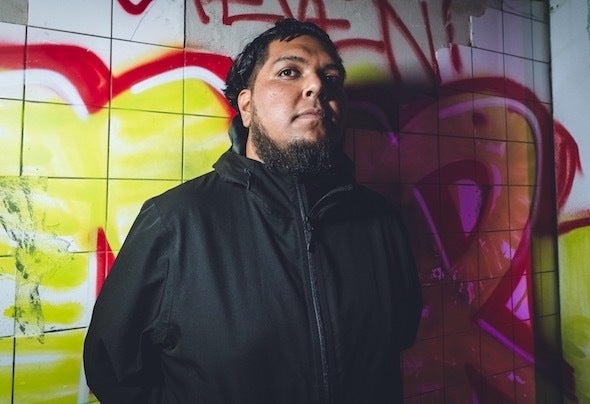 As much a confectioner on the decks as he is in the studio, Chklte plays with a detailed delicateness that defies his towering stature. With vibrant, seductive blooms and deep, syrupy booms, his subtleties climb into the ear like tendrils. After making his bones around Austin TX, CHKLTE became a resident for the Blacktone party, which regularly hosts numerous world-renowned artists such as Voigtmann, Lamache, Robin Ordell, Praslesh & many more. CHKLTE has become a regular guest in North America & has also began to venture around the globe including ADE Festival in Amsterdam, the well respected Club der Visionaere in Berlin, Germany as well as Mexico, Canada, London, Romania, Czech Republic, UK & Bulgaria. His productions have been signed to Hector's Vatos Locos, Moonfruit Records, Floorpiece & many more respected labels & with many unreleased numbers that will see the light in 2020, with support from the likes of tINI, SIT (Cristi Cons + Vlad Caia), Cosmjn, Nu Zau, Cabanne, Herodot, Cesar Merveille and many more, as proof that Chktle rise has just started.