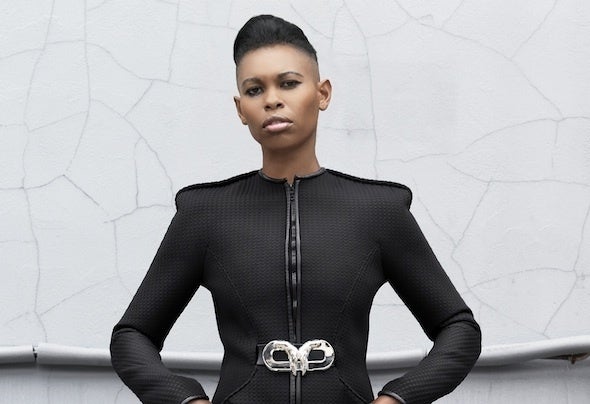 Skin is one of Britain’s leading female rock singers. She is also a fashion icon, a renowned DJ, a charity activist, and an inspiring role model for different generations of fans. Born and brought up in Brixton, south London, she defied expectations as a black woman vocalist by diving headlong into hardcore rock, rather than becoming a soul session singer. Since she emerged in the early ‘90s with Skunk Anansie, Skin has been a groundbreaking presence. Skunk Anansie toured globally with such acts as U2, Aerosmith, Lenny Kravitz, Veruca Salt and Rammstein.As well as fronting one of the UK’s key bands, Skin is a multi-talented artist involved in varied projects. She is also an established DJ, playing “tech house, minimal, and then I’ll throw on a rock record in the middle to fuck everybody up!” She has played out at classic venues like Club Q in Zurich, with such DJs as Martin Buttrich, Clive Henry and Smokin Jo, Luciano.From the beginning Skin forged her own way. As she says: “A bit of anger can be very useful in the right place and time, it gives you sparks, gets you moving, feeds your passion, separates the girls from the toys!”