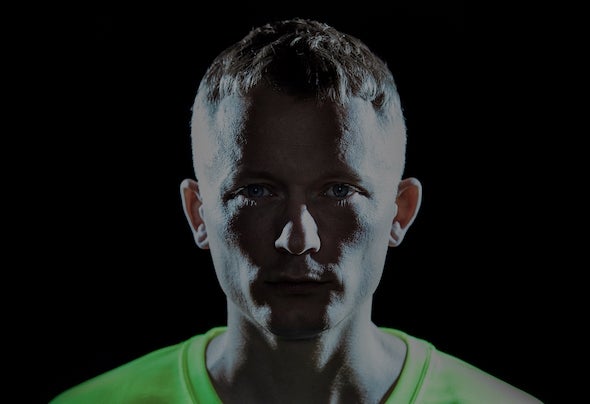 Thomas Green – aka Rockwell - has without question been one of the most exhilarating talents to come out of the drum and bass scene in recent times. Heralded by the likes of Billboard, Fact Magazine, Resident Advisor, Mixmag and DJ Mag, and with releases on some of the biggest and most critically revered labels in the game - Metalheadz, Critical, Neosignal, Shogun Audio, Darkestral and many more. A past alumni of both Radio 1’s Residency and ‘In New DJ’s We Trust’, his debut album ‘Obsolete Medium’ was released in 2015 to critical acclaim, with Billboard selecting it as one of their top 10 Electronic LP’s of the year. Further seminal highlights from his discography - ‘Underpass’, ‘Aria’, ‘ Detroit’, ‘Full Circle’, ‘Childhood Memories' and the forthcoming ‘USER’ EP have highlighted Rockwell as one of the most original producers in drum & bass, creating productions with painstaking detail, beautiful arrangements and seemingly effortless ingenuity. With his music regularly demolishing club dance oors or radio waves alike - his classic ‘Detroit’ famously blew up Zane Lowe’s subwoofer live on BBC Radio 1 - the Rockwell sound has been supported across the board from drum and bass luminaries Andy C and Friction, to broadcast heavyweights Zane Lowe, Mistajam and Huw Stephens. Also a proli c remixer, artists such as London Grammar, Dj Shadow, Boys Noize & Hudson Mohawke and Riton have submitted their tracks for a trademark Rockwell rework. With the inception of his label ‘Obsolete Medium’ and plenty of new productions in the bag for the year ahead; the result of a renewed focus and creative freedom - 2019 is looking to be an exciting journey into uncharted territories for one of drum and bass’s most revered producers.