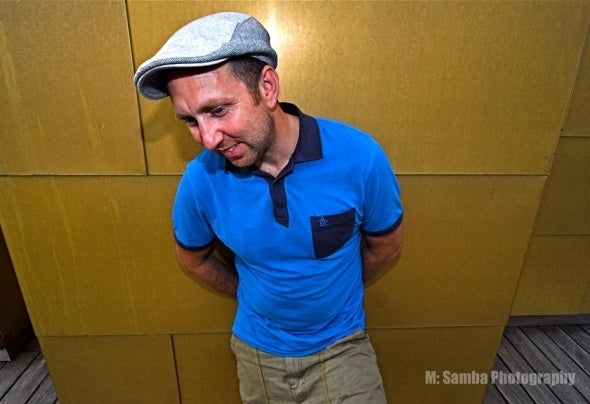 Paul T is a man on a mission. A mission to bring the music he loves, and has loved for a period of over 20 years, to as many people as possible. His passion, style and professionalism is second to none, and all those who have come into contact with his music cannot fail but to be impressed by his hard work, dedication and commitment to what he does.South East Londoner Paul has been involved in underground electronic music since the early days of the UK club and rave scene in 1990. He first fell in love with the music at clubs like Reincarnation, Seduction and Orange and he then started DJing, eventually getting into production, working with Suburban Base Records, and worldwide drum & bass legend Adam F.Paul’s production accomplishments read like a who’s who of the hottest labels in the game. He’s had cuts on Goodlooking/Looking Good,Dispatch Recordingsch, Mars, Spearhead, Renegade, Phuzion and many, many more. The list illustrates the range and depth of Paul’s music, and is evidence that he can turn his hand to many styles within the underground bass music scene.All ofthose he has worked with will testify to his innate understanding of music, and its delivery to the dancefloor. Indeed, the support he has received reflects this feel for what moves the crowd, and DJs who have lent their support to his sound include Grooverider, Fabio, dBridge, LTJ Bukem, Marky, Randall, Bailey, Survival,Ant TC1, Dubphizix, and many more. His music appears regularly on both Radio 1 and Radio 1 Xtra. As a presenter himself, his radio experience is extensive, with appearances on such leading stations as Kool, Rude and Origin FM, and, most recently Bassdrive.com.His music has taken his around the world, appearing throughout Europe and beyond to Singapore, Malaysia, Russia and beyond.Paul T adds experience, talent and expertise to everything he touches. His work with such producers as Survival, Serum, Edward Oberon and others has received critical acclaim and success in the clubs. He continues to play at some of the biggest events worldwide, but is equally at home performing in small, intimate gigs at some of London’s hottest spots.It’s a case of watch this space with Paul T, a DJ, Producer and performer who is clearly making waves throughout the musical world.