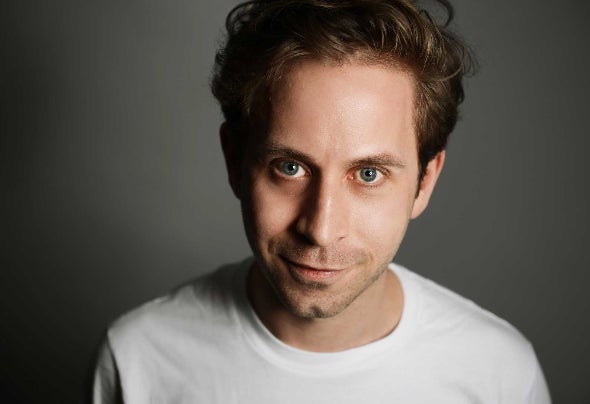 Logistics grew up on a self prescribed musical diet, equal parts guitar based compositions from bands such as Rage Against The Machine and down tempo efforts from labels like Mo' Wax. Matt Logistics railed against the music his brother, Dan Nu:Tone would listen to and finally acquired a taste for Drum & Bass through the Full Cycle 'Music Box' LP. "That LP was like down tempo tunes with double time beats!" he explains "I'd always been into stuff like Mo' Wax and that album, particularly '11.55' by Roni Size & DJ Die had the same vibe that I could relate to." Having a brother already signed up to Hospital didn't qualify Matt for an 'automatic in' and it wasn't until he sent Replay down to the office, swiftly followed by Fabio and Grooverider picking up on the tune, that he got his chance to work on his own album project. Having just left college this was a great opportunity for Logistics and he made the very best of it, working solidly on creating masterpieces in the form of Together, Spacejam, The Trip and Release The Pressure (the only previously released tune on the album) and bridging the gap between what until then had often been a lacklustre sub-genre; Liquid Funk and more exciting, dance floor orientated Drum & Bass. It's Logistics' influence that has been picked up by the major DJs in the scene such as Andy C and Friction, and his anthemic creations have contributed greatly to the modern Hospital sound. The LP itself Now More Than Ever (released in winter 2005) is a hugely ambitious project, restraining no less than 24 speaker busting tunes beneath its calm exterior a double CD affair with CD1 'Now' offering a traditional Logistics sound while CD2 'More Than Ever' comes at you like a hungry Lion, simply and effectively looking to tear out your jugular with a deeper and rougher sound. This man is so prolific - there are already a whole host of hot new Loggy dubs doing the rounds... watch this space for the next ones to make it onto NHS wax!