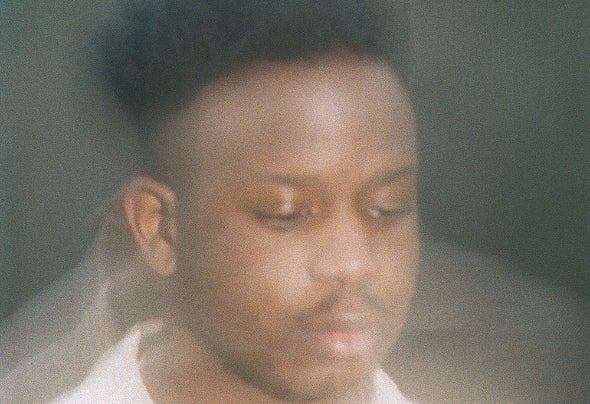 salute, born Felix Nyajo, is a producer, songwriter & DJ based in Manchester. Drawing from the full spectrum of club music, his productions carry a sense of longing and melancholy, all the while sparkling with energy, euphoria, and emotion. Born and raised in Vienna, Felix began making music when he was 13. It was through playing video games that he discovered various styles of electronic music such as grime and electro house. Having never heard anything like it, he was hooked immediately and became obsessed with music by artists such as Dizzee Rascal, Rustie and Hudson Mohawke. Fast forward a couple of years: while still not yet old enough to visit most clubs in his hometown, salute had become one of the most sought-after DJs and producers in Vienna following the release of his 2013 EP “Lionheart”. Having spent the majority of his life in Austria, Felix moved to the UK in 2014 to focus all his efforts on a career as a musician. Being exposed to UK club culture as well as undergoing a natural process of maturing musically, he began his transition from beat-making influenced by hip-hop and R&B to a more club-focused, UK garage influenced production approach. His 2015 “Gold Rush” EP with guests such as Abra on vocal duties is as much proof of that as is the 2016 mini-album “My Heart” featuring D.R.A.M., KAMAUU and more. Going through a rough patch in his life in 2018, Felix explored the different stages of grief by translating his emotions into music, resulting in an emotive trilogy of EPs, which together form the 2019 mixtape “Condition”. With the single “JTS” being premiered as Hottest Record in the World by Annie Mac and “Honey” achieving hit status with millions of plays on streaming platforms, “Condition” has made salute a household name in dance music, evoking comparisons with artists such as Tourist or Kaytranada. Further honing his trademark sound on the 2020 releases “Fortress”, “Matasa” & “Iyali”, salute gives an exciting taste of things to come