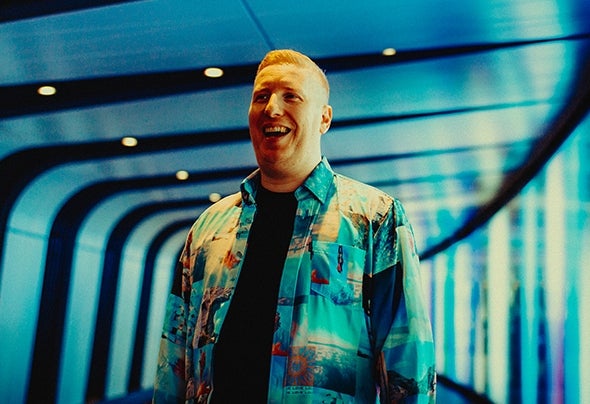 Drum & bass icon and king of the dancefloor, Danny Byrd was one of the very first to sign to Hospital at the turn of the millennium. With his unique take on the genre with strong hip-hop and R&B influences ever present in his music, Danny Byrd’s signature mixing style and production flair render him one of the scene’s greats.Five years later, after numerous tours across the globe, Danny Byrd’s time buried in his Bath-based home studio has been well spent as he’d cooked up Annie Mac’s ‘Hottest Record In The World’ on her BBC Radio 1 Friday night show. The track, ‘Devil’s Drop’ which featured on Hospital’s ‘Sick Music 2018’ series. Few D+B acts can boast such universal success on dancefloors and on the airwaves, but Danny isn’t just anyone. His 2nd single of 2018, ‘Salute’ which features the legendary MC GQ, has also been a hit on the airwaves reaching #3 in BBC Radio 1’s Specialist Chart, as well as garnering support from the likes of MistaJam, DJ Target, Rene LaVice, Julie Adenuga, Charlie Tee and many more.With a brand new album on the way, the future is bright and it’s with certainty that Byrd is the word.