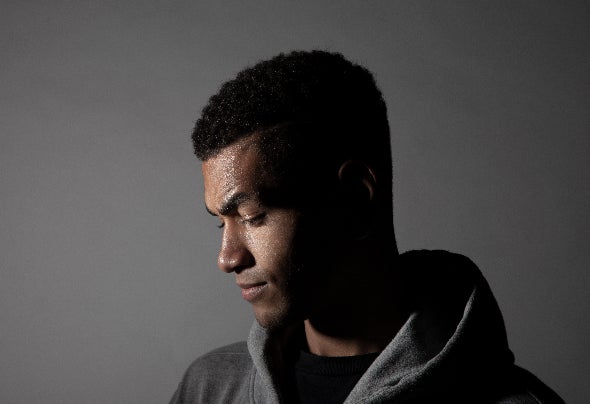 Why is it that the friendliest artists make some of the angriest music around? This is the case for London-based Enta aka Liam Harrison who, unbeknownst to some, has been quietly shelling it in the drum and bass scene for almost a decade. Growing up in the cultural melting pot that is South London, Liam was busy grinding away under the name Fluxy and as one half of the Flexxa duo before reinventing himself as Enta in 2016. With a style and rhythmical energy unique to his sound, Enta mainlines his musical senses as a Jazz drummer and guitarist in his production. His club-focused tracks synthesize the energy and power of jump-up drum and bass with face-meltingly complex neurofunk. Since being recruited to Fatman D’s mighty Biological Beats imprint, his music catapulted into the sets of Andy C, Dillinja, Grooverider, Kings Of The Rollers and Sub Focus. This year he became recognised as one of UKF’s ‘Ones To Watch: 2021’ and when you check out his music you’ll understand why. His frantic cops-and-robbers themed belter “Tokyo Drift” did the rounds on the festival circuit while the relentless technoid rib- shaker “Bit Death” has been destroying raves in the UK and overseas. His recent Nasty Nasty EP on Audioporn Records showcased his most intricate brew of drum and bass flavours yet, from the scorching gunfire-laden dancefloor smasher “Recoil” to the menazing, gritty stepper “Warpath”. Shots were fired. Rumour has it he now has a 10-track sized project on the way for Biological Beats slated for next year. When it comes to DJing, Enta chooses violence. He matches his selection to his production; effortlessly fusing jump up with neuro, old school with new, all guns blazing. He’s been running riot on main room sets all over the UK and topping 1000 concurrent viewers in his Goat Shed Radio live streams. Be warned, these sets are crafted specifically to make you dance in ways you wouldn’t expect.