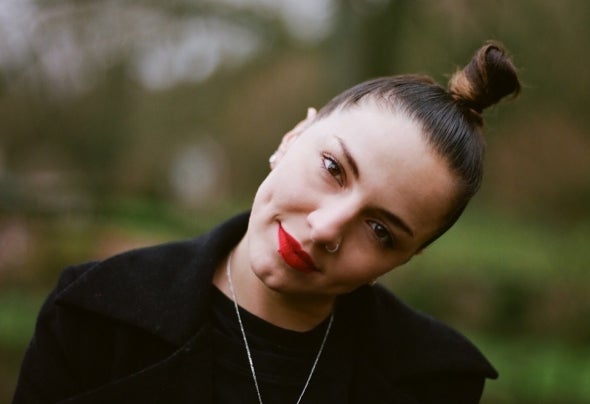 Ayah Marar is without doubt one of the most talented songwriters and performers in the electronic music scene of our time. Ayah Marar has collaborated with Calvin Harris, Camo & Krooked, DJ Marky, Toddla T, Total Science and Jack Peñate. She seamlessly transcends multiple genres. Many of the finest bass, pop, underground, indie music producers and performers have taken note. Ayah immersed herself in the drum and bass scene at an early age. Be it adding guest vocals to tracks on Hospital Records and Metalheadz, touring Europe with DJs or having her own four year DJ residency at Herbal. With what must have seemed every other new 'pop star' trying to marry a gargantuan dance beat to a melody, it was a competitive world. The difference? Ayah isn’t faking it. She lives the life of an underground dance artist. A DJ and MC. A strong woman in a male-dominated industry. Her two worlds of the underground and the mainstream have been brought together organically. Co-existing in a way that sounds fresh and not contrived. Ayah met Calvin Harris while working at Uptown Records, Soho where he gave her a demo. She collaborated on some of his early singles. Co-writing 'Thinking About You' earned Ayah a double platinum disc. Following an introduction to producer Paul Epworth, she provided vocals on Jack Peñate’s second album. Ayah has performed and toured extensively at a multitude of clubs and festivals worldwide. These include Glastonbury Festival, Let it Roll and Radio 1’s Live Lounge. Over the last few years she has been busy in the studio producing her own new material. Recent production collaborations include Chemo, N3gus, Jakes, Teddy Killers, The Prototypes, AMC and Zombie Kids to name a few. 2019!? Oh yes … She’s back.