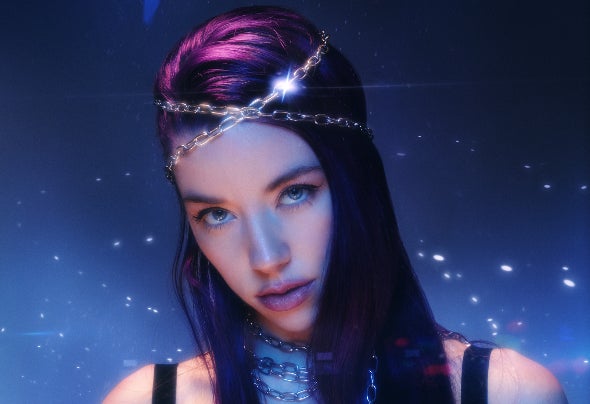 Hana Pestle, known professionally as HANA, is an LA-based singer, songwriter, producer, and streamer. HANA entered the music industry at the young age of 13 and went on to release several EPs and open for renowned artists such as Purity Ring, Lana Del Rey, and Grimes. In 2019 HANA collaborated with Grimes on “Miss Anthropocene” and became a pioneer within the streaming space on Twitch. Since then she released her new haunting single “So & So” and has collaborated with distinguished artists such as Anamanaguchi, Tchami, and Durante. HANA continues to be a prominent voice and pioneer in both the streaming space and music industry alike.