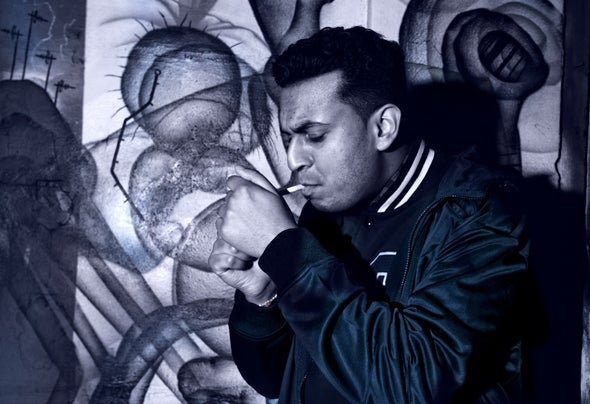 "If you like minimal techno, or indeed minimal anything, you should probably alight here. What Bobby Tank, a young producer from London, does is so crammed with invention, so over-the-top in terms of filling every available millisecond of space with beats and squeaks, shimmering keyboard twirls and pummelling electronic bass riffs, it makes mad maximalists like Rustie and Hudson Mohawke sound like stripped-down Delta bluesmen. And yet his records are all over night-time national radio like a rash, suggesting that either the mainstream is getting more used to experimental music, or that experimental music is getting more accessible.Not that Tank's music is especially avant garde or weird. Or at least the raw material isn't. It's what he does with it that will either appeal or appall. No, his favourite music is shiny 80s pop, R&B and electrofunk (the latter these days mysteriously referred to as "boogie"), and his all-time favourite artist is Michael Jackson. So far, so commercial. But the way he presents it – a series of micro-bursts and tiny chopped-up fragments of instrumental licks and vocal loops – means you would have to be a particularly nimble contortionist to dance to it. It's super-melodic and ultra-rhythmic, but it's not one melody or rhythm, it's loads, one after the other, dizzyingly fast-cut. The intent is disco, but the delivery method is dubstep.Somehow, amid the crazy mosaic of sound and intricate intensity of it all, there emerge clusters that coalesce into something resembling tunes. The title track from his forthcoming EP Afterburn, the one exciting radio programmers across the land, is a dazzling assault from Tank's sampling and sonic arsenal (he uses a MacBook, apparently). You can tell this kid's heart lies in the 80s – obviously not the JAMC/Smiths/Husker Du/Sonic Youth 80s, but the Trevor Horn/Quincy Jones/Jam & Lewis/Teddy Riley one – and it's an eargasmic onrush of everything-at- once and studio shenanigans, although, as we say, you could conceivably move to it at a club, albeit jerkily. Vector Beach, the second track on the EP, is technofunk with grandiose prog synths, the whole thing given the glitch treatment, like Rustie jamming with Rick James and Rick Wakeman, with Bobby Tank coming over like Bobby O's hyperactive grandson. Circles is a floaty, spacey tale from funkographic oceans that never fails to sail close to the edit. All fizz and bubbling synths, it's like Michael Jackson if he worked with Max Tundra. On Wolpheus, with its clattering beats and outlandish keyboards, the confluence of agenda between funk and prog musicians is made explicit by Mr T, who seems to share both genres' fondness for the epic and penchant for science fictionally futuristic sounds. We can't wait for the bit where he dons a cape and releases a triple concept album.The buzz: "Outstandingly sultry and ecstatic" – Dummy.The truth: Reach the gates of delirium, via the dancefloor.Most likely to: Test the acoustics of a club. Least likely to: Make an acoustic album.What to buy: The Afterburn EP is released by MofoHifi on June 4.File next to: Hudson Mohawke, Rustie, Max Tundra, George Clinton."