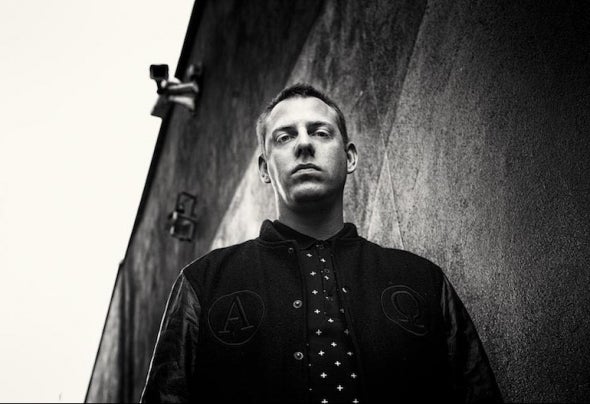 They say nothing in life is certain but death and taxes, but Taxman’s success seemed just as certain from the outset. If you’ve been anywhere near a drum & bass dancefloor in the past couple of years then you know this man’s productions, and you’¢ll have been throwing your arms up and calling for DJs to reload his tracks on more than one occasion!Taxman, or Dominic Tindill is none other than the brother of Adam Tindill – better known to the world as Original Sin, the production force behind the infamous G Dub duo. Growing up on a musical diet of drum & bass and jungle, Dominic and his brother would wait until their parents were out, light up a spliff and take turns mixing up their combined record collections. From an early age Taxman was hooked into a lifestyle which seemed fascinating to him; the very idea of recording studios and the people who worked in them lighting up his imagination. Abandoning his social life, Dominic jumped headfirst into the murky world of production, spending hours and hours locked in front of his PC screen trying to get to grips with the fast pace of modern music making. Realising that he wanted to make a career of music took some time, but Taxman was determined to throw everything he had into the pot; a gamble which has paid huge dividends in recent years.Of course, having one half of G Dub in your family helps things along and, even though they were living in separate towns, encouragement was forthcoming from Adam as Taxman was honing his production skills: “My brother used to keep phoning me, telling me to send me him what I had been writing. He and Jake were working with Formation Records at the time and had just set up Propaganda. After a while I sent him ‘The Rebate’ and he told me straight away how much he liked it and that they wanted it for their label. Then, over the course of the next few months, he phoned me every weekend telling me this big DJ and that big DJ were playing the tune, then next thing I know it’s getting played by Grooverider on Radio 1! That’s where it all started for me.While that may be where it all started, Taxman’s career certainly shows no signs of ending yet! His success story lead on to both him and his brother getting picked up by DJ Hype and Pascal, initially thanks to a collaborative effort in the studio: “After making ‘Warp Speed’ with G Dub, Adam called me and said that Hype really liked the track, that he’d been watching us for a while and wanted to sign us both. I didn’t really believe him, so I told him to get Hype to call me, and he did! That phone call changed Taxman’s world forever, as the last few years of dropping solid gold anthem after solid gold anthem will show.One such anthem being the immense ‘Too Bad’, a cunning blend of reggae vocal snippets, face smacking beats and a bassline so heavy you need a friend to help you pick the vinyl up! Coincidentally the track was made the same day that Hype signed Taxman to Real Playaz, although it was over a year later that he was asked to mix it down properly. From that track Taxman became as close to a household name as anyone in drum & bass can claim, getting playlisted for daytime play on BBC 1Xtra and receiving the rewind treatment from all the top DJs in the scene.Now with his own distinctive sound and a string of huge releases including ‘Original Ninja’ and ‘Scan Darker’ under his belt, Taxman is all about facing the future; no doubt his dancefloor killing tracks will be taxing your spare income for years to come!