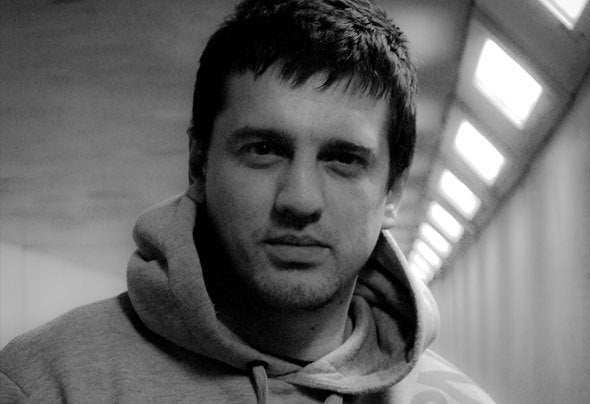 Jake Carter will be a familiar face to all die-hard D&B fans, even though his new Sub Zero moniker may not be yet. Having toured the world, DJing everywhere, from Brazil to Russia, and produced some of the best jump up going as part of the widely acclaimed G Dub production unit, Jake is now embarking on an exciting new phase in his career – a solo project and a culmination of his musical achievements so far: Sub Zero.Geordie born-and–bred, Jake, has been living in Leicester for the last six years, after re-locating from his native Newcastle home in 2003. He started out, like many D&B DJs, in his bedroom. Infected by jungle/D&B by his friends mix CDs and fuelled by the sounds of Goldie and LTJ Bukem, Jake became enthralled with the idea of being a DJ after watching an ‘Equinox’ documentary on rave culture at the tender age of 15.Jake decided to take the next steps and managed to pick up a pair of old decks and slowly began to master the art of mixing. After hard graft, dedication, and numerous vinyl purchases later, he started getting bookings in and around Newcastle; DJ-ing at parties and flexing his skills on the decks in the clubs and the next logical stage for the ambitious 18-year old Sub Zero was to start making music himself.And so he decided to travel down the rocky road of music production. He lasted six months at college, studying ‘Music Technology’ alongside fellow G Dub partner, Adam Tindall, before he lost inspiration in the course and decided to take the tools of the trade into his bedroom studio and work from there. Together, with his trusty computer and sampler and the basics of music production emblazoned into his brain, Jake started making tunes obsessively and prolifically for the next few years.Away from the constraints of institutionalized education, Jake flourished into an accomplished producer, favouring an energetic, jump up style of D&B that helped get early releases on DJ SS’ Formation Records, and paved the way to an exclusive deal with Hype and Pascal’s Real Playaz music empire. The rest, as they say, is history. With an impressive back catalogue of work with G Dub, the support of the scene’s main players, and a wealth of experience – both as a DJ and producer – it is only right that Sub Zero is ready to take the next step in his already illustrious career. As part of the infamous Ganja crew, Sub Zero has the credibility and connections that most DJs can only dream of. Jake has worked hard to come as far as has, and is proud of his achievements.In 2009, Sub Zero launched his solo career with the release of his debut single – ‘Spin Doc’ on Ganja Records. Already reaching Number One in the D&B Arena Download Charts, receiving large amounts of radio play, as well as play outs from the likes of Andy C, Hype and Grooverider, the success of this single speaks for itself, and bodes extremely well for Sub Zero’s future success.As much inspired by the sounds of old school jungle and LTJ Bukem, as he is Vangelis’ film scores, Sub Zero is famous for his signature dance floor smashing style, making music predominantly to be played in clubs. Despite this, experimenting with sound, pushing the boundaries and doing something a bit different has, and always will, be very important to Jake. And, as he climbs higher and higher into the upper echelons of D&B production, we can only expect more great things to come from Sub Zero.