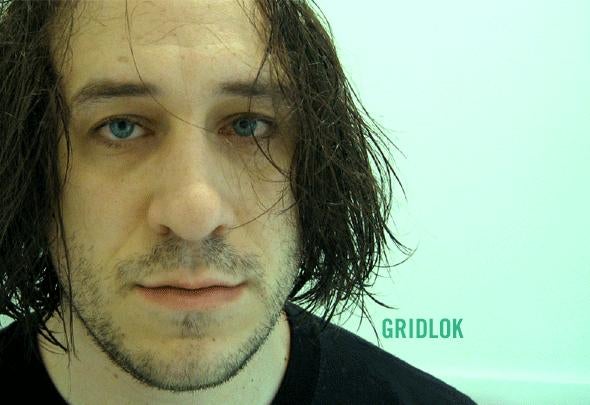 As one of Americas hardest working producers and DJs, Gridlok has charted a steady, methodical path into the vanguard of drum and bass. His tracks enjoy the support of drum and bass' finest, from Andy C to Bailey. His work ethic and tireless efforts to advance the sonic breadth of the music have yielded tremendous dividends for drum and bass fans worldwide. Raised in sunny Florida and trained as a classical violinist, Gridlok soon found himself edging away from the constraints of a traditional musical education. He began picking up other instruments, familiarizing himself with methods and techniques outside of the cloistered world of classical music. In his early teens, he began his first experiments with primitive recording gear, using a four track tape recorder, a drum machine and a Radio Shack microphone. Taken in by the possibility of being able to theoretically translate any musical idea into a recording, he found himself drifting further away from traditional music and further into the seemingly limitless possibilities of electronic music production. (P.K. 2004) The only constant is change. Evolution is part of life, and Drum & Bass music is the soundtrack to that progress. Its no accident then that after his early musical training and experimentation with electronic-influenced rock projects, Gridlok would find himself drawn toward dance musics most dynamic and diverse element: D&B. Inspired to to take action, Gridlok would help to create the record label that would host his first twelve inch releases; Technorganic Recordings. After a string of singles on his own imprint, other labels including Zero-G, Audio Blueprint, and Sudden Def began to feature his music. It was during this first creative push that he founded his new label, Project Fifty-One, that would go on to play a major role in his future. Already feeling the impact of these first forays into the world of D&B, Gridlok crafted the song that signaled the metamorphosis of his drum and bass career: Heatwave on Violence Recordings. Breaking down the barriers between the dancefloor and the synapses, this massive single was only the first of many critical and commercial successes on a string of respected labels. Remixing artists such as Josh Wink for Dieselboys Project Human release and The Usual Suspects for Renegade Hardware focused his skills for what would be his most important project to date, reworking Ed Rush & Opticals Compound. Being the first and only US artist on the world-renowned Virus Recordings carries great responsibility. rising to the occasion, Gridloks remix went on to become a best-seller. 2005 marked another important step in Gridloks growth as an artist as he released his first album along with Hive, Keaton & Echo entitled Welcome To Violence. Showcasing everyones diverse influences and mastery of their craft, this album project traveled between intense technical wizardry and lush songwriting while stopping everywhere in-between to ensure the listener that the months of production were not in vain. Hot off of this well-publicized release, Gridlok got back to destroying dancefloors with his first double pack release on P51(The 5 On 1 EP) which included his second collaboration with Dom that year and work with Silver, Optiv, Rymetyme & Echo. Around that same time, Gridlok released a massive single on Hive's Violence Recordings, "Hard As Fuck/5th Dimension" that was well-regarded by both fans and critics alike. Not one to stray away from being busy, remixing Mampi Swifts Trippin for charge recordings, and teaming up with Hive to rework Calyx Are You Ready for Moving Shadow were other bright spots in an already highly productive year. Catching up to the recent past, 2006 is shaping up to be a massive year for Gridlok. For Dieselboy's latest CD project, "The Human Resource", Gridlok was enlisted to rework Tech Itch & DSL's "Atlantic State" and the massive "Fundamental" by renowned electronic music pioneer DJ Sasha. Also making a monumental impact was Gridlok's collaboration with Hive, D-Bridge, Break, and Silent Witness on Violence Recordings. "Standing Room Only" is featured on Andy C's latest mix CD, "Nightlife 3", and continues to be one of the most popular songs of the year. Other successful projects including a remix of the anthem "Squash" by Total Science and his music being licensed to Konami's smash hit video game "Dance Dance Revolution" paved the way to what is surely the most significant project of his career: In September 2006, Gridlok will release his first artist album, entitled "Break The System". This effort will be released via 3 piece vinyl and double CD on his own Project Fifty-One label, and features original music spanning the breadth of his vision for Drum & Bass. Words by Ryan Origin & Pieter K