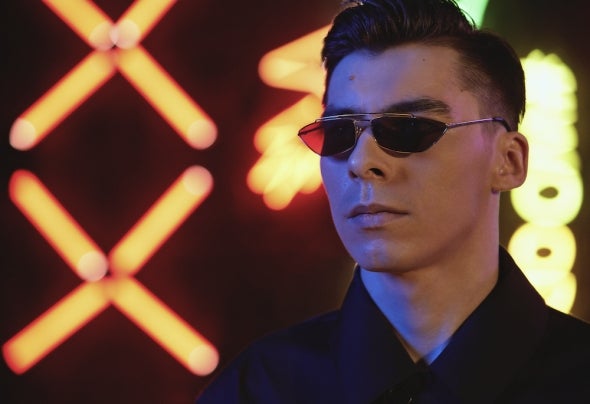 From the moment Mitya Veshchunov rst began pouring over his brother’s jungle record collection, the man who’d become Receptor was hooked on the genre. From Aphrodite, to Pendulum then Noisia to Konict it would shape his path into the genre. He immersed himself with DnB, leading him to Lifted Music, one of the most contemporary labels of this period and became a mecca for Receptor’s own musical tastes. At the age of ten, Receptor was gifted a Yamaha PSR-740 synth by his father. Despite no musical background, he learnt musical notation through a friend and his skills exploded, with him laying his hands on a plethora of DAWs through the internet and his production knowledge increased at an astounding rate. From ‘Rhyno’ on Lifted Music’s Breed 12 Inches, through to ‘Kurchatov’ in 2009 on Obsessions and his ‘Girls’ EP on Beta Recordings, Receptor’s discography was proving to be as formidable as his fan base. He was later called on to remix Black Sun Empire’s ‘Dawn of a Dark Day’ ft. Foreign Beggars and Noisia’s ‘Alpha Centauri’, highlighting a definitive part of his career. After a long hiatus, Receptor now returns and plans to push his name into the direction he’d always planned. This will represent a more experimental approach to sound design, something which will develop through his new music. Receptor offers some of his biggest selections to date, which many listeners have been waiting for patiently; the music he brings along with him will make the wait worthwhile.