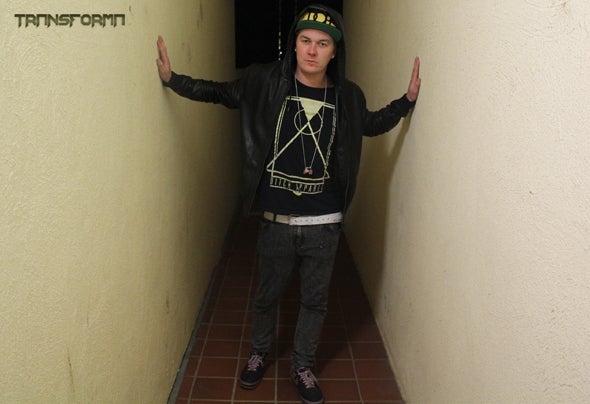 This Australian producer learnt the in's and out's of Music at the very early age of 14. Neil Bartlett also known for his alias as Transforma was playing guitar for more than 10 years before he decided it was time for a new challenge which has lead him to his latest and greatest project yet.With Transforma landing support slots with well known International producers such as: Ajapai (Japan), Bare (US), Big Chocolate (US), Boy kid Cloud (UK), Tantrum Desire (UK), Tomba (Israel) and national producers: Doctor Warewolf, Glovecats, Phesta and Surercut Kids. Transforma is already making his name on the EDM scene with production in the works with local producers and friends such as: Filth Collins, Hydraulix and Phaseone. Twenty twelve has been a busy year for Transforma with live shows already in the pipeline and a swathe of releases about to released, with Transforma's passion and drive for Music this badman is stopping for no one. As 2013 is right around the corner Transforma is well prepared for another busy year as he is setting his goals even higher. Big thing's are in the works for Transforma right now with plans to take his skills interstate and all around Australia, Transforma is a name that you will never forget.