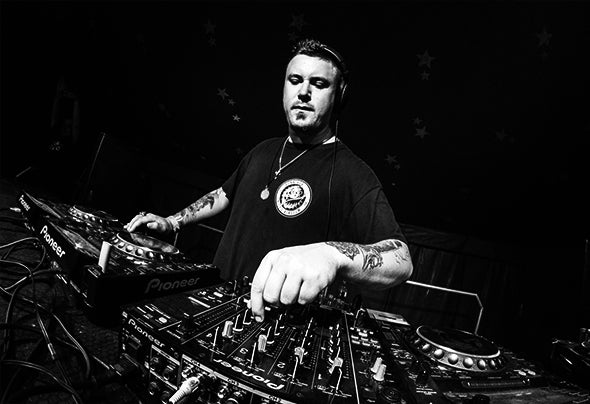 UK Artist from Bristol, now Residing in Vienna, Austria.Uncompromising and loud, synonymous to the iconic bear logo he so frequently uses, AKOV is a presence in the drum & bass scene with his foundations in the neurofunk sound, However never a slave to a trend, You can always expect a sense of refreshing original energy from his music.Discovered by Neurofunkgrid's radar back in late 2013, AKOV was at the forefront of the new school resurgence that neurofunk has witnessed in the past few years. AKOV had a platform to release his first attempt at the subgenre of drum & bass on his Construct EP which paints an interesting picture when listening through his back catalogue. A clear progression can be observed from start to finish thanks to the freedom to release anything the artist made in a Linear fashion through the model of free downloads which were promoted exclusively through the prominent youtube channel of NFG. And as such, the artists is still constantly evolving and developing his skills whilst still maintaining a signature sound.AKOV's first commercial release was through Belgian based Mindtech Recordings, of which the title track Mantra secured him a 1st place in the D&B download charts for 2 weeks, seeing his music alongside many of his favourite artists. This small success propelled the artists in the international community and has paved the way for him to play an impressive checklist of shows across Europe Including the legendary 'Let it Roll Festival'.Now in a new environment Akov has released his much anticipated SpaceBears EP via A.M.C's Titan Records, soon to be followed up with a release on Eatbrain Records.