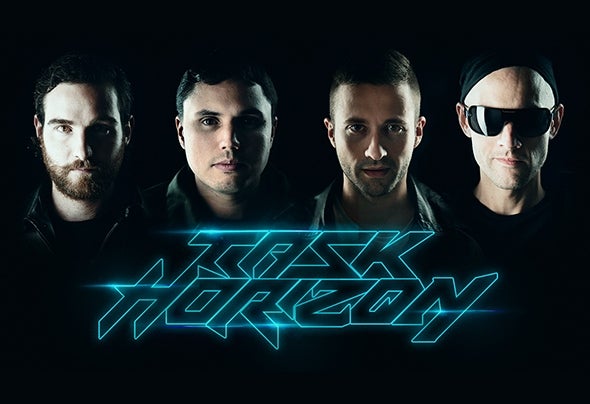 It all started in the decidedly Bohemian setting of an abandoned and dilapidated factory plant in the outskirts of Zurich. Here, fledgling producer/DJ Aaron von Schroeder set up his music studio on the first floor and started churning out tracks and collaborating with folks from the local scene. Jazz keyboardist Tim Kleinert had his practice room downstairs, eventually leading the two producers to join forces. Their combination of forward-thinking production and unrivalled imagination has landed a string ofconsistent hits since their debut in 2004. Since then, their unparalleled work ethic and desire has seen the cream rise to the top, and landed them releases on labels such as DSCI4, Timeless, Cause4Concern, Mainframe, and Ammunition Recordings, to name but a few. Task Horizon are now set to begin a new chapter with their own label, Evolution Chamber Recordings. With an uncompromising goal to release music of the highest quality, Evolution Chamber has allowed the producing duo to show their full creative might, giving them total artistic freedom of both their music as well as its slick presentation.