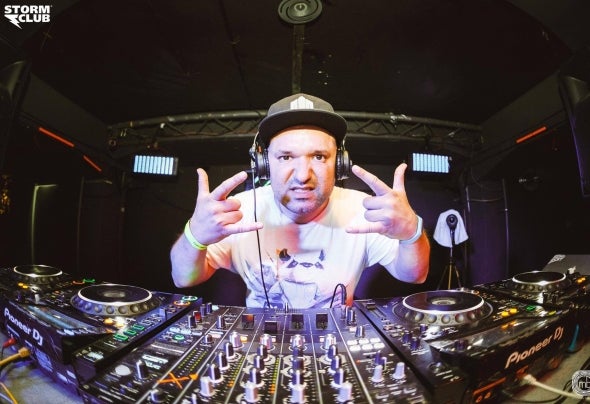 Marco Reggianini, from Modena (Italy), discovers electronic dance music in the first half of the 2000s, immediately falling in love with Drum and Bass. Party after party around Italy, the desire to express his personality through music grows up, so he decides in 2006 to start DJing and producing, using the alias Moon, playing around Italy and having his first released track in 2009 on the Italian label Subculture Recordings. In 2009 he changes his alias to Akrom, and spends the next years in silence improving his production skills. After many years of hard work, in 2014 his tracks finally begin to receive international recognition, and in 2015 its first release under Akrom takes place, on Italian/Czech label BNC Express. Since that release Akrom has shown a constant production improvement, climbing track after track up to the top class labels. His discography contains tracks released on Blackout Music, Cause4Concern Recordings, Mainframe Recordings, Red Light Records and many more, with worldwide support from top DJs / podcasts / radios.