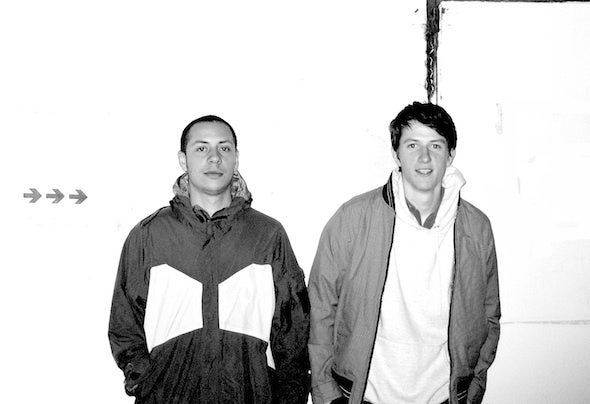 Disphonia is a Greek-based production/dj duo formed back in 2006 they discovered that they both share the same genuine passion for Drum & Bass and have a mutual love for creating tech-influenced sounds, raw and gritty bass-lines and deep soundscapes. Their main aim since then has been to strive to produce an ever-excelling output of fresh material.Being a part of the Funxion Crew - a local event promot ing and dj collect ive - they played a key role in presenting some of most established d&b acts to the Athens scene. During the past ten years Disphonia have performed withartists such as Optiv, Gridlok, BSE, Noisia and Calyx&Teebee, to name a few.The year 2011 saw them with their first release 'November' on Mindtech Recording's "No Future" LP, which sparked immediate interest on the circuit closely followed by a further release -'1987 Demons /Time Machine feat. Camelorg' -in conjunction with the acclaimed French duo,Kantyze, on Berlin's finest d&b label Trust In Music. The 12" Vinyl single reached No.1 in sales, within the first week of its release,on Juno Records store.In 2012 Disphonia brought out their second solo work 'Collapsed' on the French label M-atome which had wide success and was supported by numerous Dj's like Dose and State of Mind and which has put them well on the map.'Collapsed' is currently the label's best selling release on Beatport. The track's infectious bass-lines and driving breaks were fortified in a menacing remix by Zero Method soon to be released on Citrus (NL).Disphonia's successful collaboration with Kantyze continues in a new funk-fueled tune called 'Zig Zag' forthcoming on Trust In Music. Their latest material 'Headfirst' was recently picked up by the prolific SOM Music imprint and has been featured in the Next Level podcast.Having plenty collaborations (w/ Dephzac, Allied, Ble3k, Dementia and Safire), remixes and solo work in the pipeline, the duo is going from strength to strength and the bar is constantly being set higher.