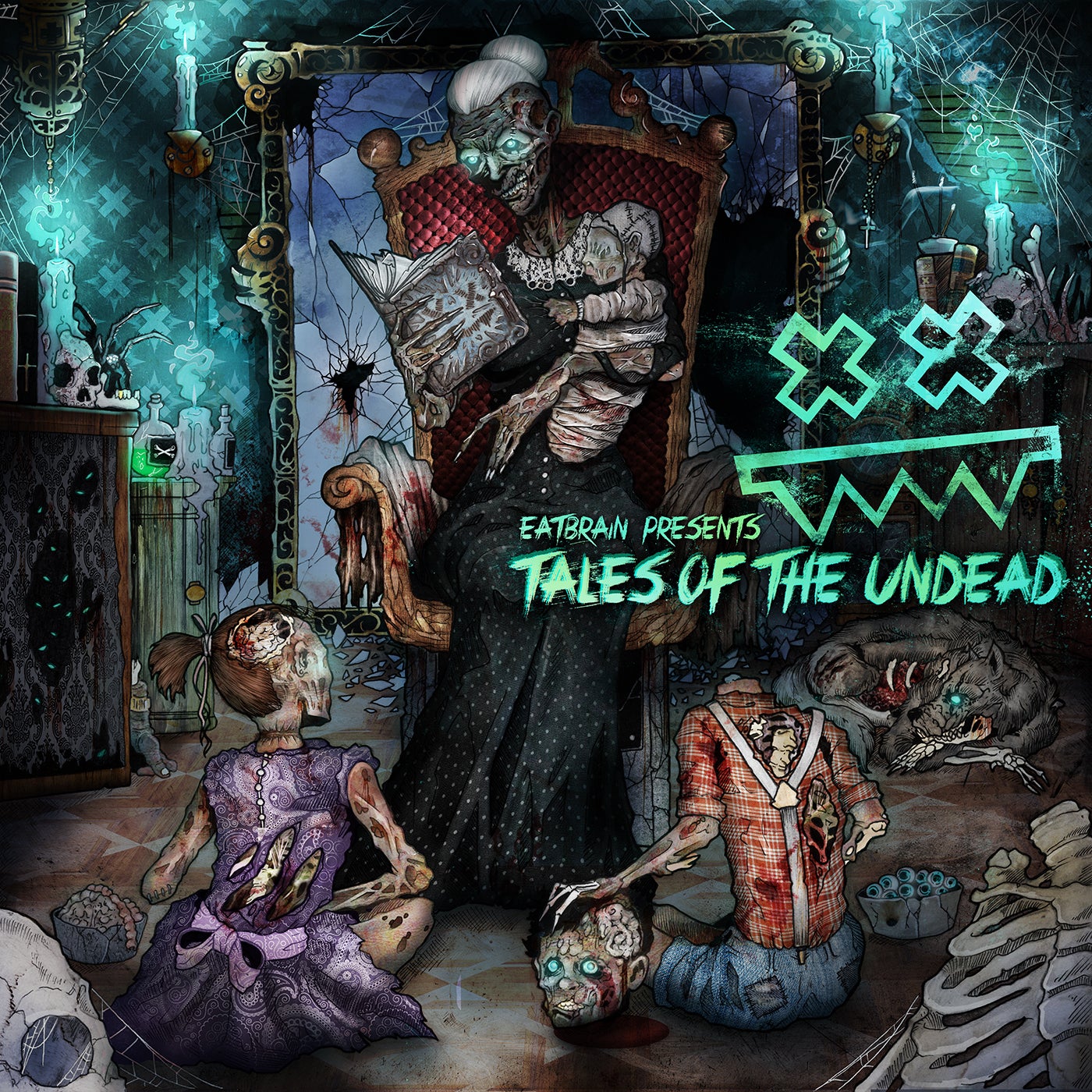 Smashing into 2014 with force, EATBRAIN presents it's debut album - Tales of the Undead LP. Featuring an all-star lineup of global drum & bass talent, this compilation is set to make an impact with 18 tracks hand selected by label boss and neurofunk innovator Jade. Truly an international effort, with 23 artists representing 15 countries around the world, newcomers and heavyweights alike have all brought their A-game to the compilation. Their efforts are clear - from the raw, breakneck sounds of Mindscape and Chris.SU to the futuristic beats of Telekinesis, the common denominator is quality. Tales of the Undead sees drum & bass luminaries - names like Maztek, L 33, NC-17, Dabs and Axiom - join the label roster, while rising stars like Disphonia, Qo, Bowsar and many more make powerful statements in their Eatbrain debuts. Not to mention, vocal duties masterminded by the likes of Coppa, 2Shy, Krytpomedic, and Nuklear take the album to the next level. Dark. Deep. Unfiltered. Unrestrained. This is premier neurofunk drum & bass. This is Eatbrain.

Tales Of The Undead