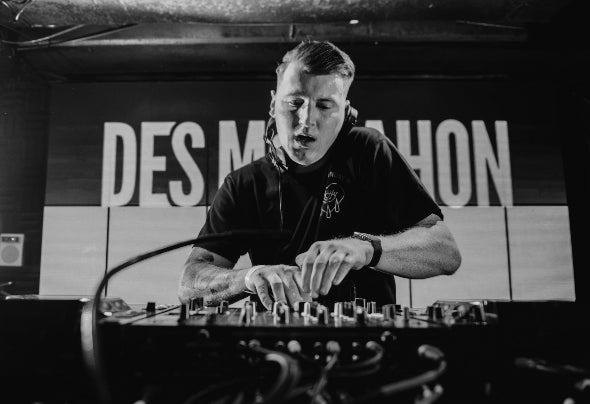 Born and raised in Philadelphia, steeped in the potent brew of Philly’s wide and deepmusical history, powerhouse producer Des McMahon earned his stripes at the forefront of the Washington D.C. electronic music scene. Initiated at landmark venues such as Fur Nightclub, U Street Music Hall and Echostage, Des’ ability to build groove fueled sounds has made him one of the fastest rising drum & bass artists in the U.S. Simultaneously unleashing excerpts from his own creative character -- spanning from deep rollers to dance floor crushers -- the sky is the limit for this exceptionally talented musician. He’s had consistent airplay and support from national and international figureheads such as Noisia, Rene LaVice, Break, and The Prototypes. Now LA-based, this sonic Jack-of-all-trades has brought his distinctive sound all over the continent, performing at places like Electric Daisy Carnival, Nightmare Festival, Dreamscape, Beyond and Nocturnal Wonderland. With releases on Viper Recordings, Get Hype Records, Technique Recordings, Insomniac Records and remixes on both Circus and Ultra Records, Des is showing absolutely no signs of stagnation. Prepare yourself for a barrage of low frequency bass weight from this monster producer -- he’s only just begun.