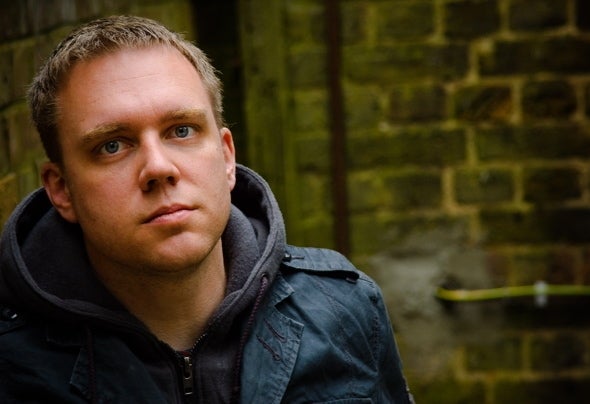 From producing some of the biggest dancefloor smashers in the trance scene in recent years, designing presets for software synthesizers such as Ableton Live's Instrument Devices, writing music for adverts for some of the world's biggest brands, doing sound design for major TV networks, to running his own music licensing and production business, and somehow still finding time on weekends to go away to distant places to DJ, one could very likely come to the conclusion that German-born Georg Bissen never sleeps. Which would be an appropriate assumption, since he has called New York, the city that never sleeps, his home for the past 9 years.As a dance music artist and producer, Bissen has had a slew of original and remix releases over the last 3 years that have averaged about one per month. These records have been released on some of the biggest, most desired and well-respected labels in the business, including Discover, A State of Trance (Armada) and Boxer. Starting with his breakthrough records "Exhale" and "Quicksand" in 2007, Bissen has had a meteoric rise through the ranks of dance music producers, and is now well-established in the producer elite.Always in pursuit of a fist-pumping, "all systems go" attitude, Bissen's sound exhibits an effective blend of tough, hard beats and grooves, coupled with extremely memorable, huge melodic riffs and hooks, exemplified perfectly in tracks such as "Exhale" and "The Vault." Never forgetting that this music is intended for dancefloors and not armchairs, Bissen delivers impeccably produced, proper huge tunes that are unpretentious and have lasting impacts on clubgoers and DJs alike. A perfect such example is Bissen's remix of the Black Eyed Peas #1 song "I Gotta Feeling", which was one of Ibiza's summer anthems of 2009, and which was hammered by every imaginable DJ, as well as getting massive radio support in the UK. Bissen also recently was one of 3 winners in the Club Space Miami Original Track contest, the track written and produced with frequent collaborator Victor Dinaire, Peter Finley and singer David Berkeley. The song, "Take Me To Space", beat out over 300 other entries.As a DJ, Bissen continues his no-nonsense approach with exciting and uplifting sets. He boasts over a decade of spinning experience, beginning in college, where he earned a three-year residency at Buxton in Providence, RI. In New York, Bissen repeatedly spun at Liquids, and for years he djayed loft parties throughout the city, which he helped organize. Nowadays, Bissen is pursuing his international djaying career in earnest, and can be seen in clubs from New York to Hamburg to Vancouver, and everywhere in between.A full-time music professional, Bissen has written and collaborated on well over a thousand pieces of music and projects in his still brief music career. Bissen got his start in the music business when he moved to New York City to work as a composer and engineer in the music for advertising industry. He formed his own music production and licensing company MetaTechnik soon after, which now boasts two offices in New York and Los Angeles. At MetaTechnik, Bissen has produced award-winning campaigns for over a hundred major national and international television commercials for A-list clients that read like the Who's-Who of the world's biggest brands, from McDonalds to Coca-Cola, from Mini Cooper to MTV. Due to this fact, his work is heard by tens of millions of people every week.By staying focused and consistently enhancing his sound and music career, Bissen continues to carve his very own niche, with his versatility and far-reaching talents now penetrating almost all facets of the music industry, and growing every day.