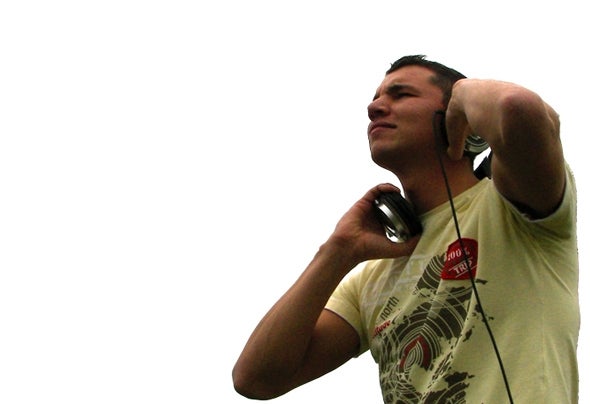 Inspired by the electronic music movement of the 90s,Patrick Jahn aka Patrice Milan at the age of 14 years beganhis first walking attempts. What was first only a hobby,became more and more professional music producing. Withhis first projects "D'Clou feat. NoComment", "Marc van Rain"or „D'Clou & Milan“, he could register for the first timeresults in the area Synthi Pop and trance. Among others, heproduced for Jose Alvarez Brill, the producer of Wolfsheim,Rosenstolz and Alpha Ville, as well as for Ron van denBeuken and his project "Oreal". He cooperated in a lot ofprojects, for example, also in the Nocomment featuringproject "Stärke”. Also, he has made himself a name as aRemixer of numerous productions. After he spitted up withhis music partner D'Clou in the beginning of 2006, Patricestopped first. Only 2 years he stood it without music andstarted once more to build up his studio in 2008. His single"Surrender" ranked #1 in some download shops and withthe Remix and for "Wavetraxx feat. Elaine - Just forSeconds" a very creative side of Patrice was published inthe middle of 2010. Patrice has planned a lot and his newsingle "Escape" is in the starting blocks. T he radio showMelo Beatz yields fruit and from more and more fans he getsthe energy, which he needs for his music.Melo Beatz is notjust a radio broadcasting, but rather the mirror of the soul.Above all, it's the mirror of Patrice Milan's soul. T he songs,which touch the soul, Bootlegs, Mashups or Patrice Milanown songs find themselves there in an exceptionally manysidedDJ mix. Melo Beatz is born to give new hope to otherpeople, to motivate them and to give them for 2 hours afeeling of freedom. A feeling that catapults you into a worldwhich is beyond any imagination. A world where you canreach easily for the stars, jump from planet to planet andovercome in the beat the galaxies. A world which has noborders and rises from the imagination of the listener.Maybe exactly your world! With Melo Beatz another dream ofPatrice Milan comes true. However, listen up and let himknow what you feel!