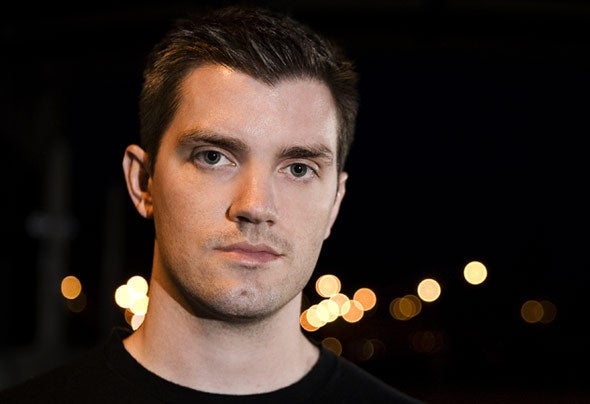 Trance DJ and Producer Nicholas Bennison has a slew of productions which are played by the world's biggest DJs and have been licensed to major mix CDs by Paul Van Dyk, Ferry Corsten, Christopher Lawrence, John 00 Fleming and Marco V, the latter four released through Ministry of Sound. Some of the industry's most influential labels that have released his work are Joof (UK), Five AM (UK), Recoverworld/Eve/Flux Delux (UK) and Fektive (Holland). Nicholas has collaborated with Christopher Lawrence, and was commissioned to remix Christopher & John 00 Fleming's co-production, Beyond The Limit, for the first release on Christopher's Pharmacy label. Nicholas has also co-produced tracks with Gareth Emery and legendary Hook & Bellboy Recordings producer, Chris Cowie (X-Cabs). Nicholas's popularity as a DJ rose from the mid 90s as he played ferocious and technically brilliant sets for promoters such as Spundae, Giant, Insomniac, 1015, Belo, Myst, Empire Ballroom, La Boom, Clear Channel, Go Ventures, Destiny, B3 Cande, and Global Electro. In 1999, Nicholas was commissioned by Arcade America to mix two of the US's best selling Trance Global Nation CD compilations which collectively sold over 50,000 copies. To support the brand, Nicholas headlined the Trance Global Nation Tour (featuring Jerry Bonham, D:Fuse and Doran) and played televised events throughout North and South America, Canada and Asia. Nicholas also became a regular at the US’s biggest festivals including Nocturnal Wonderland and Together As One. Nicholas's third mix CD, Crystal Vol.2, was released in 2001 as another testament to his unique and uncompromising style. After years of success as a DJ, Nicholas diligently taught himself to produce his own music. His first single, Caverns, was signed to Looq Records and supported by Sasha, John Digweed and Nick Warren. This led to a stream of releases and remixes for the world's top labels and a successful career as a producer. 2008 saw the release of Nicholas's debut artist album on his Propulsion Records label. Tension of Opposites showcases his unique and evolving take on tech trance, progressive house, breakbeat, techno and psy-trance through eleven brand new productions. Since the inception of Propulsion Records in 2003, the label has had considerable success with an uncompromising sound that treads the line between progressive and trance but doesn't easily fit into either one of those categories. The roster is comprised of the most credible and influential artists from around the globe including Chris Cowie, John 00 Fleming, Christopher Lawrence, DJ Preach, Leon Bolier, Lee Haslam, DJ San, Inkfish, and Thomas Penton.