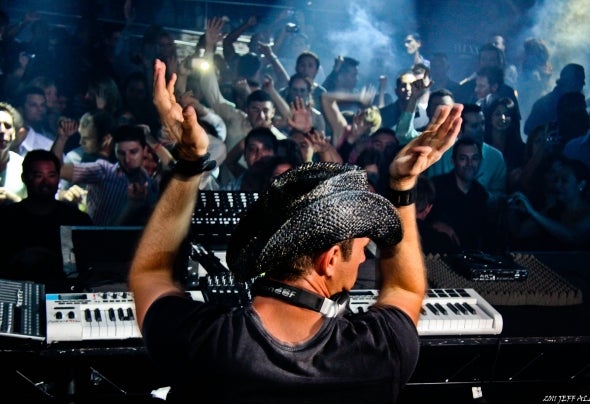 From Detroit to San Diego, Cowboy Mike has become a pivotal force of the West Coast club scene. Spinning regularly at the most prominent clubs in California, Mike has established himself among the world's elite, playing alongside Tiesto, Armin van Buuren, Paul van Dyk, Above and Beyond, ATB, Ferry Corsten, Sander van Doorn, Kaskade, Cosmic Gate, BT, Marco V, Eddie Halliwell, Filo & Peri, Christopher Lawrence, George Acosta, among many others.A native of Detroit- the birthplace of techno, Mike is no stranger to the world of late nights and flashing lights. Witness to the growing popularity of trance in the late ‘90’s, Mike developed a fascination with early pioneers such as Paul Oakenfold and Paul van Dyk. Coming from a rock background of groups such as U2, Depeche Mode, Nine Inch Nails, Radiohead, and The Cure, Mike began delving into the city’s underground rave scene - finding himself captivated by the new sounds of trance music.Following a move to San Diego, Mike began his journey as a DJ. Along with the help of fellow DJ / producer Victor Dinaire, he soon found himself behind the decks at various clubs. Donning his trademark hat, he began to define the sound of Cowboy Mike – building a reputation as a DJ who’s command of the dancefloor was uncanny. Shortly thereafter he was introduced to Tim Ortiz of Eventvibe.com, where a mutual partnership with the national forum, label, and hub of electronic dance music only solidified his presence. Fast forward five years and Cowboy Mike has become a household name in Southern California. With three tracks on Eventvibe’s ‘EV Music’ label: "Clutch" (2008), "Fractured" (2009) and "Break It Off" feat. Donald Glaude (2010). Also, "No Way Back" on Christopher Lawrence's label 'Pharmacy Music' (2011), Mike has seen his career take hold on an international level. Mike now DJs throughout the southwest, from California to Arizona to Las Vegas and further, sharing the bill with acclaimed international DJs on a regular basis.The future holds great potential for the man in the black cowboy hat. Riding the success of his studio productions, Mike has seen his career take hold on an international level. Countless icons in the industry have put their support behind Mike, with Above & Beyond featuring the Victor Dinaire remixes of both tracks on their show 'Trance Around The World,' Sander van Doorn heavily supporting 'Fractured' across the globe, Paul van Dyk dropping 'Break It Off' on four different occasions on his 'Vonyc Sessions,' and Ferry Corsten dubbing 'Clutch' best track of September 2008 on his show 'Corsten's Countdown'. In addition 'Clutch' was also highlighted as one of the top tracks of the year by Ferry Corsten- having accumulating more monthly votes for best track than any other in the entire year. With regular support from some of the biggest names in the industry including Paul van Dyk, Ferry Corsten, Above & Beyond, Sander van Doorn, Christopher Lawrence, The Thrillseekers, Sean Tyas, Filo & Peri, Stoneface & Terminal, John Askew, Lange, Micro, Arnej, Mike Koglin, and Re-Ward, Cowboy Mike is well on his way to becoming one of the dance world's most valuable properties.