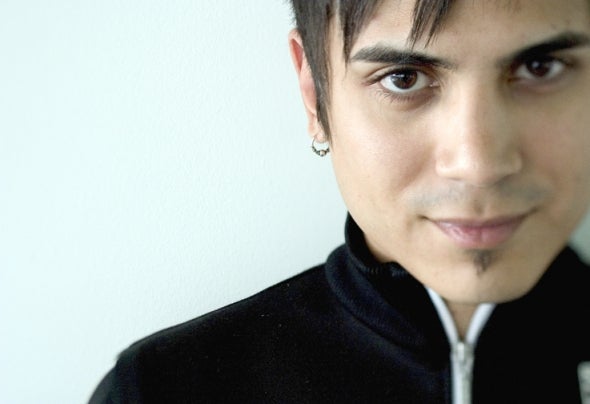 DJ::Producer, Jonathan Allyn continues to be recognized by the media, its artists and crowds across the nation for his tough yet melodically progressive, techno trance DJ style and productions.As one of the United States fastest up and coming artists, Jonathan was recognized in DJ Mag’s prestigious Top 100 poll as Christopher Lawrence’s “Breakthrough DJ/Producer for 2009”. His productions continue to be featured and charted around the Globe on many of the worlds top radio shows including multiple features on Above & Beyond’s, “Trance Around the World”, Matt Darey’s “Nocturnal Radio”, Christopher Lawrence’s “Rush Hour”, Aly & Fila's “Future Sound of Egypt” and many more.As a producer, Jonathan has released music on many of the world’s top record labels and is an artist for Armada, AVA, Pharmacy, Baroque Records and Hook Recordings. He has worked exclusively with Anjunabeats “Jaytech” on Andy Moor’s “AVA” imprint, has become a top 5 selling artist on Beatport, Track it Down and Juno Download, been featured on seven Armada compilations and with production support by the likes of Judge Jules, Sean Tyas, Above & Beyond, Christopher Lawrence, Marcus Schossow, Andy Moor, M.I.K.E, Aly & Fila, Ronski Speed, Lee Haslam and many more of the worlds ALister’s, his productions continue to be a staple for many of the worlds Top DJ’s.Jonathan continues to tour throughout North & South America at many of the Nation's top nightclubs and events including Ultra Music Festival, 1015 Folsom and forthcoming during the summer months, a tour through Guatemala and EL Salvador.On the production front, Jonathan has recently teamed up with one of the UK's brightest producers by the name of Steve Birch and formed a new production duo called LUKA.Highlights : ● Artist for Armin Van Buuren's Armada, Pharmacy, Baroque, AVA & Hook Recordings ● Recognized as Christopher Lawrence’s sole “Breakthrough DJ/Producer for 2009” in DJ M a Mag’s Top 100 ranking ● Multiple “top 5” ranking features on Above & Beyonds “Trance Around the World”● Noted by A&B as “Classic Goa Trance, reminiscent of Paul Oakenfold’s early Perfecto days” ● Multiple mentions in “Ronski Speeds” top 10 for “Near you” on AVA● Top 10 selling artist on Beatport, Track it Down & Juno Download ● Production features on seven “Armada” compilat ions● Artist feature on the successful “Trancemaster 6001” CD Series ● Chart topping collaborations with Anjunabeats “Jaytech” and J00F’s “Steve Birch”● Resident for one of Las Vegas’ largest production companies, Angel Management ● Globally successful and popular radio show for AH.FM entitled “Subterranean”