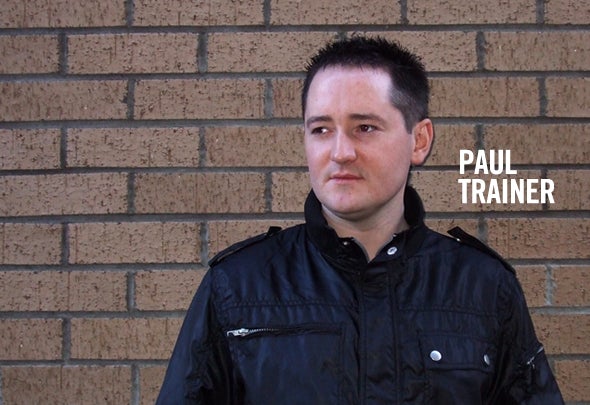 Paul has always had a passion for music at an early age, but it wasn't until 2001 that he bought himself his first set of decks after coming back inspired and influenced from the sounds of the Miami WMC. Being a keen clubber himself, this led to attendance at all the well known festivals and gigs in the U.K and beyond, so as the years progressed Paul got more and more into modern day dance music. To date, Paul has performed at some of Scotland's top clubs including the Arches, Gatecrasher @ Room At The Top, Byblos, Sea, Blue, and The Soundhaus, whilst also making his first international appearance's in India, Germany, Australia and for OXYGEN in New Zealand alongside artists such as Armin van Buuren, Above & Beyond, Kyau & Albert, Andy Moor, Rank 1, Bart Claessen, Sied van Riel, Activa and Tom Colontonio to name a few. Paul's sets feature rigorous tune selection which vary from Progressive to uplifting Trance, through to more tougher energetic Trance, whilst always dropping some Techno elements for good measure. Paul has also spent the last 5 years in particular gaining experience by dj'n / promoting his own nights with a few friends in Glasgow such as Vibe, Synergy and more recently Platinum and Rehab. With their main aim to offer something different to the Scottish clubbers, this resulted in several Scottish debut's for the likes of Menno de Jong, Giuseppe Ottaviani (Live), John O'Callaghan, Aly & Fila, Stoneface & Terminal, Thomas Bronzwaer, Chris Liebing, Anderson Noise, Axel Karakasis and Eric Sneo. 2008 seen Paul step up to the production front. After studying music production for the last couple of years, Paul eventually completed his debut track "Totality" which received big plays from Paul van Dyk at the Winter Music Conference in Miami. On the heels of his first VANDIT Digital release “Totality”, Paul was back for another round with the "Face The Music E.P", whilst also completing a remix of "Dinka - The Temptation" for VANDIT Digital. The next instalment soon followed in early 2009 with "Comply Or Die" and "Seize The Day", now released on Captivating Sounds under Armin van Buuren's Armada stable. Also forthcoming this year is two new collaboration's with Armada's D:FOLT one of which is signed to Infrasonic Recordings, a remix for Alter Ego Records and a new vocal track amongst many others. Paul's tracks have gained huge support from the Dj elite including Paul van Dyk, Armin van Buuren, Tiesto, Ferry Corsten, Markus Schulz, Eddie Halliwell, Christopher Lawrence, John O'Callaghan, Aly & Fila, Sean Tyas, John Askew, Simon Patterson and many more, whilst also being playlisted on respected radio shows such as PvD's Vonyc Sessions, Armin's ASOT, Tiesto's Club Life, Corsten's Countdown & Markus Schulz's GDJB. To date they have featured on CD compilatons such as Cream, Godskitchen, Armada & Slinky. For the last year Paul has held his own radio show called "Soundscape" which originally aired on PVD's Vonyc Sessions + Slinky FM, but has now moved to Afterhours FM. You can tune into Soundscape on the fourth Tuesday of every month @ 3pm GMT / 4pm CET on www.ah.fm which will showcase the tunes that are doing it for Paul at the moment. 2010 will see Paul complete his first artist album along with the launch of his new Record label "Spellbinding Records" which will feature some of his own material and a host of other up and coming artists and established remixer's. The label will cross the boundaries of Trance, Techno, Progressive and everything in between! Watch this space.... For bookings and remix enquiries please contact: pt-bookings@hotmail.com