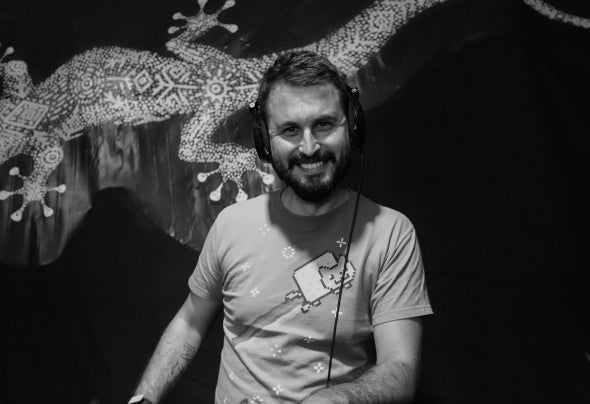 London-based Adam Thomas (Façade) has been producing/DJing trance and techno since the age of 16, and writing third- person biographies since forever. During this time he has released tracks across various genres on labels such as Black Hole, Armada, Spinnin' and Discover and garnered support from an equally diverse range of A-list DJ's including Armin Van Buuren, Paul Oakenfold, Tiesto, Max Graham and M.I.K.E.In 2015 Adam returned to his deep progressive/techno roots and joined the Joof Recordings roster with the release of his track 'Dystopia', featuring a remix from his lifelong friend Matt Holliday, both of which received widespread underground support. Adam was then given the opportunity to remix original tracks by his heroes The Digital Blonde and John 00 Fleming, as well as releasing his own e.p. with the deep progressive tracks 'Beats for Broken Minds' and 'Vuohi'.During 2015 Adam also produced a techno-trance remix of the track 'Skychaser' by Decode for the Research & Development label, which again received prolonged support from many underground DJ's, including John 00 Fleming. Since then Adam's sound continues to veer more towards the blurred lines between progressive trance and dark, moody techno. Throughout his career Adam has always focused more on his productions and remixes however he has appeared on lineups at numerous events up and down the country including DanceLoveHub, Futurity, Trance Sanctuary, The Gallery @ Ministry of Sound and Prehab. Much like his career as a producer, his sets are always diverse and he is never above throwing in a classic or two alongside his own tracks.