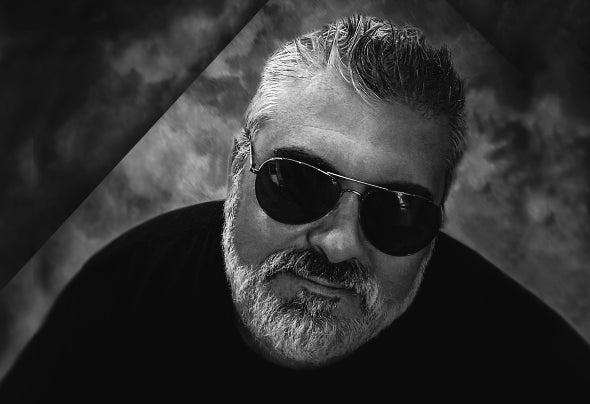 From playing in local clubs around Milan, the Italian DJ/Producer then moved to Northern Ireland to work for 'Underground Records' shop in Belfast. Becoming a resident at their 'Hellraiser' events he played his own innate selection of Techno and Acid alongside the likes of Carl Cox, Joey Beltram, Aphex Twin and many more. Not long after relocating to London in '94 and releasing EPs for both Rabbit City and Metropolitan Music, he created the Eve Records Group with friend, Stefano Lo Presti. Under a flock of aliases, he produced the bulk of early releases on Eve and provided remixes for artists across a wide range of labels including Hooj, Armada, FFRR and Polydor. Regularly DJ'ing around Europe and across the world, his particular style of music has been influential throughout the Acid techno, Trance and Progressive genres, featuring on many compilations from Reactivate to Global Underground. Taking a break in 2005, Pablo moved back to Italy where he started a family, but has since returned from a 15 year long sabbatical in 2020 to once again embrace the "passion" he loves. Producing material for JOOF Recordings, Pure Progressive and his own digital labels Phronesis and Hashtag, he is seeking to infuse his own eclectic interpretation across the various musical genres he enjoys both within the underground and beyond.